Books of the Decade: Cloud Atlas

David Mitchell's wide-ranging epic 2004 Cloud Atlas begins, straightforwardly enough, as an 18th century, first-person, mildly Melville seafaring journal, and over the course of ten further sections, takes in a broad sweep of human experience from centuries past and present, and something hinting at post-human experience in the future. It is a thrilling adventure of storytelling craft and literary talent, and unlike any other fiction in its form and scope, leading to comparisons of Mitchell to the best novelists of the English language, of any age. 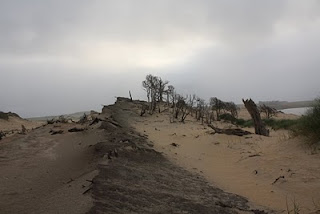 "Chatham Isle enclosed a vast eastern salt marsh lagoon, Te Whanga, very nearly an inland sea but fecundated by the ocean at high tide through the lagoon's "lips" at Te Awapatiki. Fourteen years ago, the Moriori men held on that sacred ground a parliament. Three days it lasted, its object to settle this question: Would the spillage of Maori blood also destroy one's mana? Younger men argued the creed of Peace did not encompass foreign cannibals of whom their ancestors knew nothing. The Moriori must kill or be killed. The Elders urged appeasement, for as long as the Moriori preserved their mana with their land, their gods & ancestors would deliver the race from harm. 'Embrace your enemy,' the elders urged, 'to prevent him striking you.'" -pp14-15 The Pacific Journal of Adam Ewing 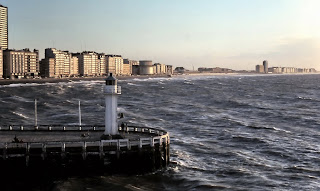 "Kentish Queen slid into Dover's snaggletoothed twin sister over the mucky water, Ostend, the Lady of Dubious Virtue. Early, early morning, Europe's snoring rumbled deep below bass tubas. Saw my first aboriginal Belgians, hauling crates, arguing, and thinking in Flemish, Dutch, whatever. Packed my valise sharpish, afraid the ship might sail back to England with me still aboard; or, rather, afraid of my letting this happen. Grabbed a bite from the first-class galley's fruit bowl and dashed down the gangplank before anyone with braiding on his uniform caught up with me. Set foot on Continental macadam and asked a Customs man where I might find a railway station. He pointed toward a groaning tram packed with malnourished workmen, rickets, and penury. Preferred shank's pony, drizzle or no drizzle. Followed tramlines down coffinesque streets. Ostend is all tapioca grays and stained browns." -p.47 Letters from Zedelghem 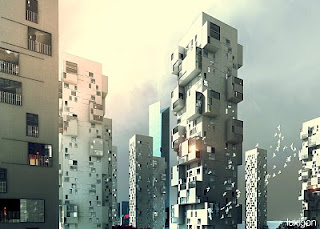 "What else caught your eye?

Oh, the greenness of green: back under the canopy, our ford slowed by a dew garden between squattened buildings. Feathery, fronded, moss drenched, green. In the dinery, the sole samples of green were chlorophyll squares and diners' clothes, so I assumed it was a precious, rare substance. Therefore, the dew garden and its rainbows sleeving along the fordway astounded me. East, dormblocks lined the thruway, each adorned by the corporate flag, until the waysides fell away and we passed over a wide, winding, ordure-brown strip empty of fords. I summoned up courage to ask Mr Chang what it might be. The passenger answered: 'Han River. Songsu Bridge.'