Books of the Decade: The Pan Am Building

It had occurred to me earlier this month that an entire decade had come to a close. While I have read too many end-of-year posts (some of them excellent) to think adding one of my own would be worth anyone's time, I had started to develop a Top Ten Books of the Decade List, that is, the ten best books published since 2000, that have had the greatest influence on me or gave me the greatest enjoyment. But Instead of putting together a list in one post, or implying some sort of ranking, I've decided to produce an entry on each book, and therefore have more space to discuss each. 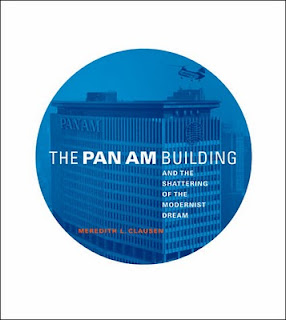 One of my favorite books published since 2000 is The Pan Am Building and the Shattering of the Modernist Dream, by Meredith Clausen, who teaches architecture at the University of Washington.

Aside from having an awesome title, this 2003 volume, uniquely both a thoroughly-researched history, and in its proportions a bit akin to a image-rich coffee table book, is an important and very relevant architectural saga. Among architectural books, it is less common to encounter a cautionary tale of discredit than a glitzy promotional publication, and for this reason generally, as well as so many of the particular details of this case study, it is an excellent work and one of the best books I've read in the last several years. 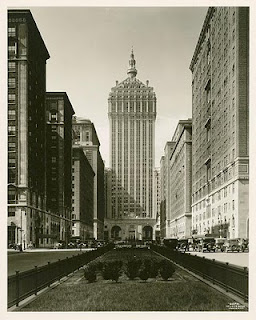 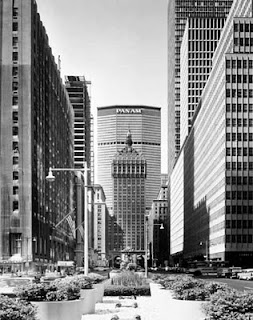 The Pan Am, The Monster That Ate Park Avenue, was the largest commercial office building in the world when it was completed (rather than a more easily-understandable and publicly-embraced title such as tallest building), a triumph of square footage over civic virtue, of private interests over public welfare. Universally derided as a failure of architecture, and voted by the readers of New York Magazine in 1987 as New York's most hated building, it symbolizes so much that was squandered to hubris in its time, a challenge still relevant today.

Involving some of the most prominent and legendary individuals of mid-century American architecture. On the design side, the story involves two deans of modernist aesthetic and theory, Walter Gropius and Pietro Belluschi, whose employment as genuis-visionaries to the project can be seen as an early use of architectural Star-power in the marketing of corporate real estate. 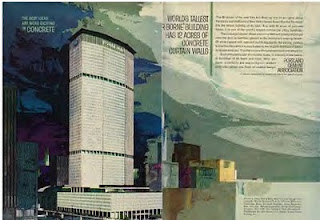 In reaction stood two glass-ceiling-shattering leaders of a great era of architectural criticism: Ada Louise Huxtable and Jane Jacobs. Surrounding these well-known names are some of the major political and corporate forces of post-war New York, and the work was crowned with the symbol of America's global corporate might, Pan Am. The airline's association was not just a nameplate, as the building was realized with a heliport at its crown, with fantastically-bulbuous aerotaxis roaring off the brow the building, whisking businessmen to Pan Am's global air routes at Idlewild. The building managed to even offend the auditory sense. 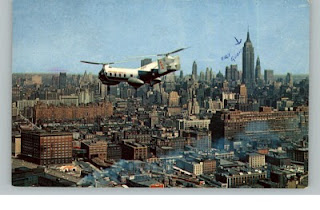 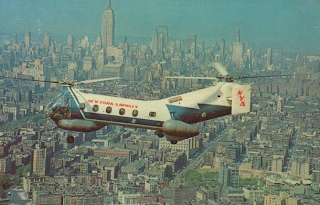 In the chapters dealing with this cacophony of criticism its interesting to read concerns over city-center density prominent in the debate. Nowadays its less common to encounter fears of an American city becoming too crowded-- this in an of itself foretells the paradigm shift, as American cities were already beginning to thin out by the 1960s. The aesthetic debate did not so much address insipid material or program, but rather the insidious malevolence of shadow. The lack of light and air are repeatedly mourned, and in these chapters the early stages of historic preservation can be seen. 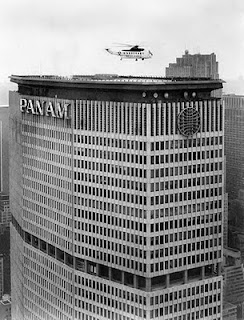 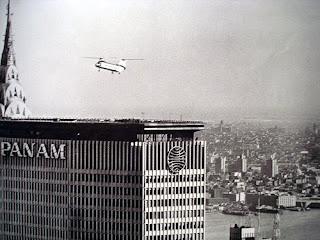 An important incident late in the building's tragic tale evinces how the modernist dream was not only blacked out in the cold, stifling shadows of its monuments, but were truly shattered. In the 1977 accident of a commuter helicopter landing on the roof, the torquing of helicopter blades killed five passengers waiting on the landing platform, and ricocheted off the building to kill and maim individuals on the sidewalk below. That a futuristic transport machine connecting to behemoth office block actually slashed a lone pedestrian to death is not only horrifying but an epigrammatic episode of modernism's vicissitudes. Perhaps this was a Pruitt-Igoe moment for commercial real-estate? 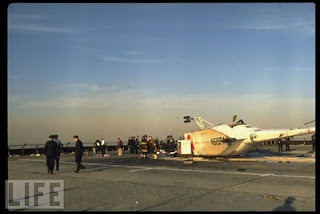 This was of course, not the first and not the last in a series of aviation disasters involving Manhattan Skyscrapers, and beyond seemingly presaging the death of Pan Am, one of America's proudest commercial symbols, in one particular aspect the impact of that falling debris continues to reverberate: we are a world largely without commuter helicopter services. over 30 years later, with something of a "where's my space age" lament that rotorcraft have yet to progress further into the realm of municipal mass transit. 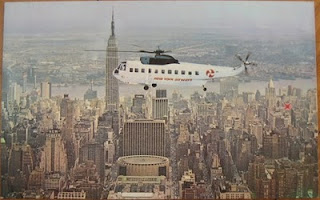