Two Terrific Shows On at the CCA 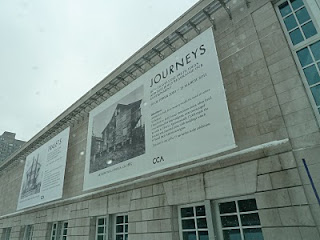 For anyone who might be traveling to Montreal in the next three months, I highly recommend the Canadian Centre for Architecture's two current shows, which are both quite excellent.

Both take on topics of fairly large scope. Error 404: The Object Is Not Online, is the smaller of the two exhibits, in the Octagonal Gallery until February. It sets out to remind those of us who spend way too many hours on the internet about the important and useful tools, besides bright screens, that invite architectural exploration and understanding. In allowing an encounter with drawings by Cedric Price and Aldo Rossi, a spike of John Hejduk's The House of the Suicide, and an interaction with a Microstation project by Gregg Lynn, the very real limitations of the digital are evinced. 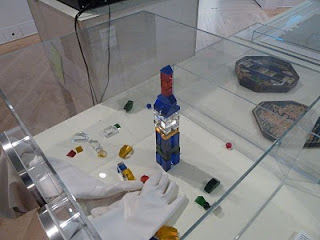 Secondly, from now until March the CCA has put on an exhibit of extraordinary accomplishment called Journeys, an eclectic tour exploring a number of disparate topics relating to the movement of goods, ideas and architecture across the world. This theme is extremely broad, and each individual display is only in the broad terms of the exhibit related to any other.
In its curatorial execution the Centre has achieved an masterful feat of not only showing how widely such instances occur, but each thoughtful example illuminates a curious and entertaining corner of the history of the built environment and how it evinces change and translation. To quote the accompanying volume, "it examines the consequences and results of these displacements." I usually go for the catalog when I visit an exhibit, but in this case there is an especially well-written volume published by ACTAR. 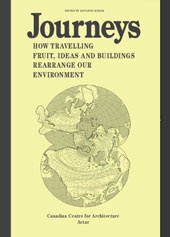 The exhibits has many fine topics worth discussing, but I will limit to a few gems. Predictably, I was particularly mesmerized by the headline juxtaposition involving Max Belcher's photographs of settler architecture in Liberia, the first time I had seen them off the printed page, (which I talk about to somewhat exhaustive degree over at Moved2Monrovia and won't get into here). There were several other incredible displays nearby, including a video filmed in Brazzaville about the Chinese construction of faux-Italian luxury villas for government ministers, a story told by Serge Michel, the author of the excellent book China Safari. 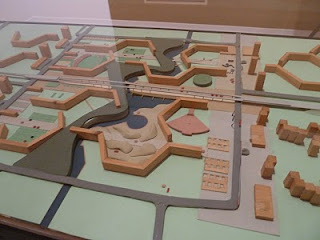 Another highlight is half of a gallery given over to a huge display of videos, drawings and models for Amsterdam's Bijlmermeer development of the 1970s. Somewhat inevitably, the viewer is made taken down the cul-de-sac of Rem Koolhaas's dormant 1986 re-development plan, but the main emphasis of the story is how the unforeseen uses and tensions of immigrant residents shattered the modernist dream of what was to be a new and pristine future. 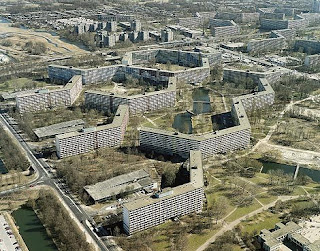 The exhibit is replete with wonderfully optimistic vintage promotional films and newsreels foretelling the construction of new towers of fresh air and light, and later footage of the impact of Surinamese independence and immigration of Gastarbeiter families from abroad, who were located in this isolated pocket on the city's periphery, creating a segregated enclave, and setting up the area for failure. 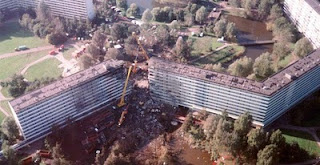 Although developed in a later decade than many of social housing experiments, Biljmer's story so closely echoes the tormented sagas of American housing projects. Many of Bijmer's buildings were eventually torn down in the 1980s and 1990s, but it is also tempting to find a Pruitt-Igoe moment of sorrowful destruction in the awful crash of El Al cargo flight into the Biljmer blocks in 1992--this conflagration is completely unmentioned in the CCA exhibit. 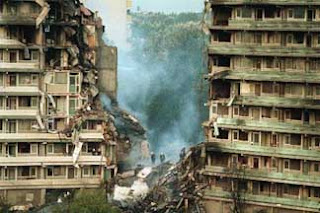