Books of the Decade: The Known World

The Known World, Edward P. Jones's Pulitzer Prize-winning novel from 2003, lucidly constructs an unfamiliar universe. Set in the fictional Manchester county of rural antebellum Virginia in the mid-19th century, before the Civil War and Emancipation, the details of the interweaving characters, including several freed black people and the slaves that they own, recreate a particularly strange episode of American History. 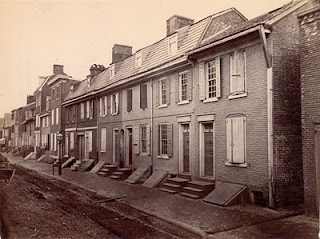 The writing masterfully limns the atmosphere of that place and time, of sparsely populated, pre-technological farms and plantations. Distances can only be conquered on foot, by horse, or by ship, and many of the characters live within a few miles of the spot that they were born. Manchester County is all that they have experienced-- it is the limit of their "known world."

While most of the action of the novel takes place in this small area, at the edges of these events, on the periphery of the characters' awareness, are cities. 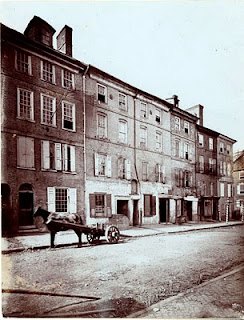 Minerva wanted to raise the window, thinking that the farm with her sister was just a little look-see beyond the windowpane, but she dare not touch it. Minerva and her sister would not see each other again for more than twenty years. it would be in Philadelphia, nine blocks from the Philadelphia School for Girls. "You done growed," her sister would say, both hands to Minerva's cheeks. "I would have held back growing up." Minerva would say, " I would have waited for you to see me grow but I had no choice in the matter." --pp. 35-36 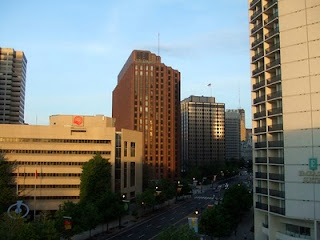 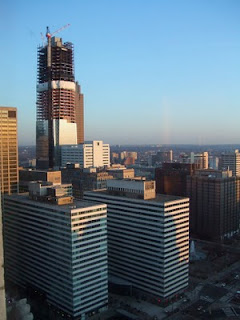 In several important scenes and passages, the writing evokes American cities such as Richmond, Washington, Baltimore, Philadelphia. At intervals, a city comes into the foreground in a character's thoughts, recollections, or hope. 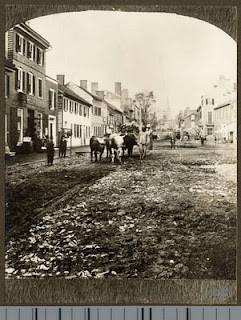 She was never to know anyone to go to Baltimore and return to tell her about it. 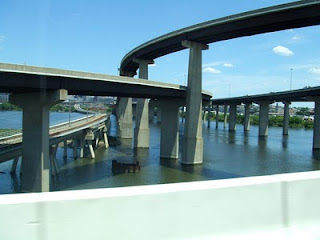 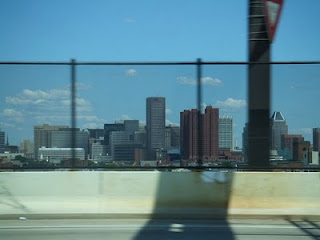 The majority of the contemporary readership for this book spend the majority of their lives in and around cities, with rural regions outside the audience's usual realm. This is the opposite of the experience in The Known World, where these cities, places beyond the threshold of the characters' everyday reality, are foreign and mythical. And an external spaces, they are the destinations of escape.

The desire to live in Richmond had seized Philomena Cartwright when she was small, long before she became free. She was born on Robert Colfax's plantation, which was where Robbins first saw her when she was fourteen. When she was eight, Colfax purchased two slaves from a man traveling about the countryside selling off his property, human or otherwise, because he was going bankrupt. He aimed to make a new start in a new life, the man told Colfax, and he started that new life by giving Colfax a good price for the slaves. One of them was Sophie, a thirty-year old woman who liked to tell young Philomena what a grand place Richmond was, though in fact she had gotten no closer to Richmond than a dot called Goochland. In Richmond, Sophie said, the masters and their wives lived like kings and queens and had so much that their slaves lived like everyday white masters and wives they saw around Manchester. The Richmond slaves had so much to eat that they were forever having to get to clothes as their bodies changed practically every week. There were Richmond slaves who themselves had slaves, and some of the slaves of slaves had slaves, Sophie said. And there were fireworks every night to celebrate anything under the sun, even a little child losing the first tooth or taking a first step. If it was a happy part of life, Richmond would celebrate it… 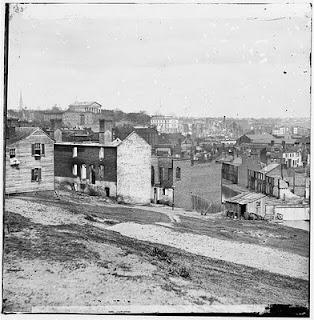 The need to be in Richmond returned strong with the birth of Louis, three years after Dora's. The need never went away but the birth of Dora has helped her turn her into a woman who could bide her time; even devoid of firework,s Sophie's Richmond was an eternal city and would wait for Philomena… 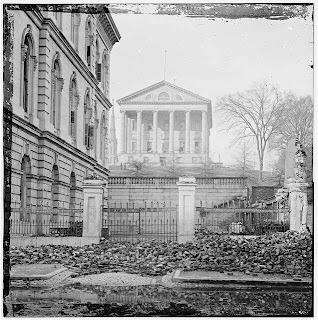 She ran away to Richmond for the first time when Dora was six. Robbins sent his overseer to fetch her and that man found her sleeping in the streets, where she lived after she had used up what little money she had brought to Richmond. 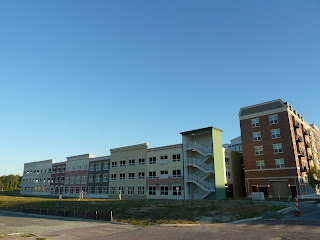 Nowadays, Philadelphia, Baltimore, Washington, and Richmond exist with a single urban and cultural zone-- they are but nodes, components of a conurbation-- Eastern Seaboard, the Mid-Atlantic. The existence described in the Known World is at time so unfamiliar to modern existence that these proper nouns of geography are all that remind the reader that this story of two centuries ago was and is part of the United States and is its history.

These cities, now oozed together into a sprawling megalopolis are no longer at the threshold of contemporary reality, are no longer those bastions of liberty or dreamscapes of hope. 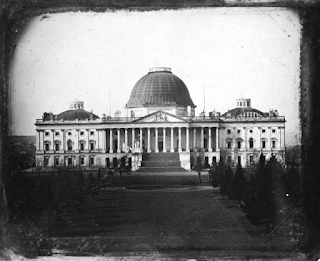 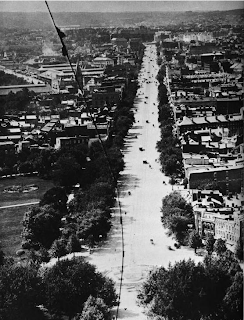 The City of Washington

My Dearest and Most Loved Sister,

I take pen in hand to-day to write you not more than a fortnight after I have arrived in a City that will either send me back in defeat to Virginia or will give me more Life than my soul can contain. I may be able to postpone forever my need to be in New-York. My thoughts have been on you and Louis, as they have been since the long ago day you married. My promise to return to be with you when your child is born remains steadfast, no matter how much Life this City affords me.

The City is one mud hole after another, and there is filth as far as the eye can see. Virginia green has been reduced to a memory. It has only been in the past three days that I have summed enough courage to go much beyond the five square blocks that make up what I have come to call my habitat. I am staying close to Home because the streets (I have trained myself to refrain from calling them roads), particularly after dark, are not safe for any man, even the ruffians have a hard time of it, and while I am prepared to use my pistol, I would rather hold it back just yet. Aside from the fear of man unleashed, there is also the general fear of such a large metropolis, and I am more than afraid of being lost in the City. --p.383 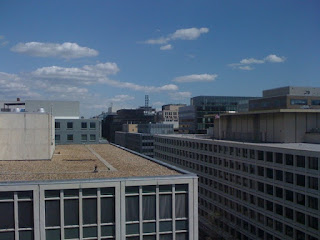 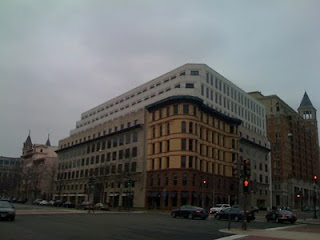