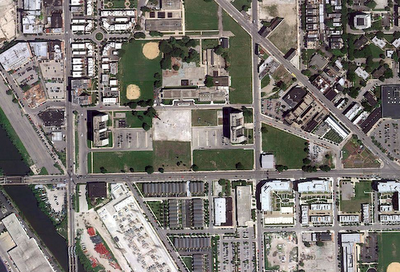 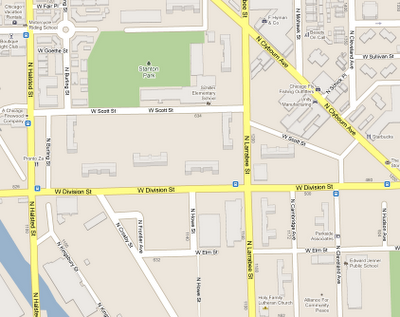 The Cabrini-Green Homes, Chicago. ©Google.
Note that some of the razed buildings are still outlined on the street map.

Last week, the final tower block of the Cabrini-Green Houses, a massive public housing campus on the near north side of Chicago, was demolished. This denouement had been announced in the press several months previously, and indeed the complex had been systematically evacuated and razed over a period of many years. But the wrecking balls of the last several days mark the final nail in the coffin for the famously-troubled housing estate, which for years was a war zone of gang violence and drug abuse.

Just about the only commemoration of this Pruitt-Igoe moment was a local artist's lighting installation, featuring flickering bursts of light appearing like a final battle of automatic weapons fire was taking place in the vacant concrete shell of a building where guns were in abundance. 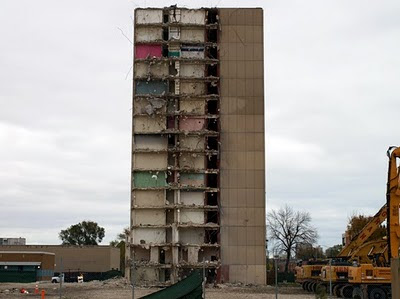 This is a very different fate than has been enjoyed by a pair of council towers in London, the Balfron in East London and the Trellick Tower, the signature backdrop of up-market Notting Hill, a publicly-subsidized residential block that experienced equally-diabolical lawlessness and whose name today is about as equally well-known in the popular culture of its home country. 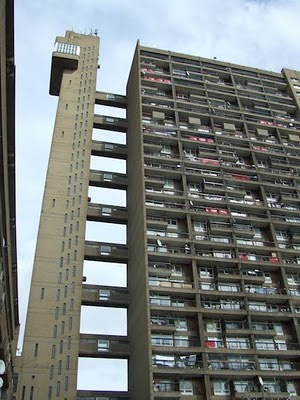 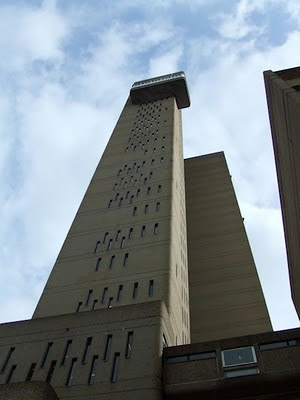 The Trellik underwent a sustained period of pervasive inhumanity that is on the one hand horrifying and the other so nearly identical to the worst reports out of Cabrini-Green as to introduce the possibility of conflated urban mythology-- especially as the vague anecdotes of the Trellik's Wikipedia article are un-cited-- although it seems to be verifiable that girls were raped in the circulation spaces of both structures at some point, and that both Trellick and Cabrini-Green were contemporaneously metonyms for public-housing hells. 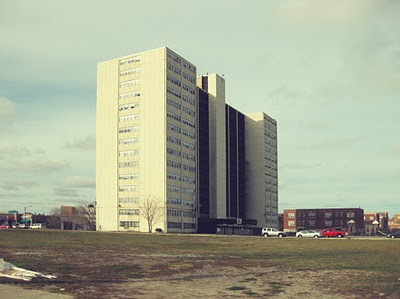 And yet in the same years that Cabrini-Green has been systematically evacuated and erased, Trellick has become the undisputed domicile of choice for contemporary ironic hipsterism. Its place as the mighty temple of retro-fetishized gentrification is evinced by the presence of a vintage clothing boutique at the base of the building, called: RELLIK, its storefront looking as if the original tower signage lost its first letter over the course of the decades. 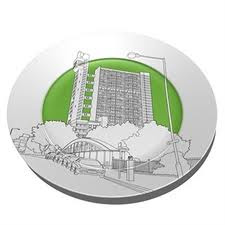 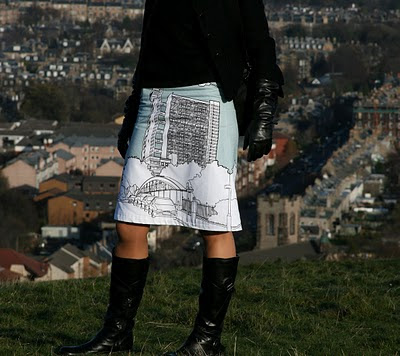 Beyond its immediate surroundings, Trellick is celebrated in fancy designer flatware sold in art museum gift shops, while its older sister on the other side of the British capital, the near-identically formed Balfron, is famed in music videos and apocalyptic feature films, and more recently, celebrated by professional photographers. 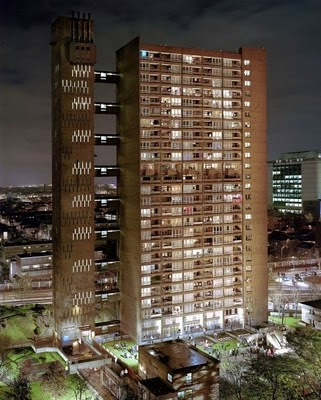 I wonder what would have made the difference to have had Cabrini-Green gentrified rather than abandoned. The estate possesses both the most potent name recognition and accompanying hip-hop lore of any public housing the US, which today's hipsters consumed as suburban teens in previous decades. Add to this the oft-noted, curious circumstance of its enviable location, cheek-by-jowl with the Old Town and Gold Coast, the most valuable real-estate in the midwestern United States, would seem to provide a ready market of affluent ironic gentrifiers, ready to sign a lease to set up house like they were squatting in a rap video, enjoying the proximity of the EL train to their office jobs in the Loop.

Cabrini-Green in mid-center, seen from a condominium tower on the shore of Lake Michigan
(a newly-opened condo tower is at right foreground). ©2007 Bauzeitgeist.

There are all sorts of reasons for the divergent fates of the Chicago houses and the London towers, but not least of them is the simple fact that the Trellick and Balfour are fantastical brutalist exuberances, whereas the Cabrini-Green towers are dull, anonymous blocks. Goldfinger's unique, whimsical form of thick concrete make his works prime for design-geek admiration, and a large part of the appeal of the London blocks over Cabrini-Green is surely the appeal of the iconic forms of the former compared to the dank, banal slabs of the Chicago campus, which will never been called masterpieces. Nonetheless, this ugliness might have been embraced as a further support the urban gentrification fantasy's irony. 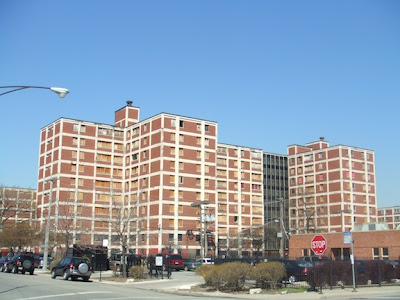 While a longer essay might explore the social and political factors which unquestionably influenced this divergence as much as any design issue, such as American racism and the Thatcherite ownership agenda, it might be useful instead, in focusing on the aesthetic and cultural juxtaposition, to include a third series of public housing constructions: the work of Bertrand Goldberg for the Chicago Housing Authority.

Goldberg most famously designed the iconic Marina City, a self-contained development on the banks of the Chicago River. On the South Side of the city, Goldberg was contracted by the CHA to design the Raymond Hilliard Homes, featuring Goldberg's signature ovoid fenestration and footprint, were designed to instill pride of place in the low-income and elderly residents. Never featuring the crumbling decay or the chaotic villainy of the Cabrini-Green Homes, the RHH enjoyed several uneventful decades of occupation. 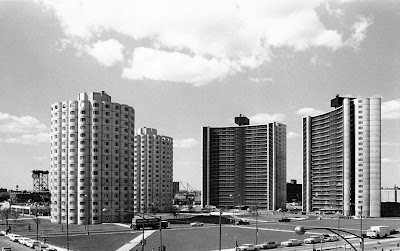 Image from the Bertrand Goldberg Archive.

In 2006, at the height of the real estate boom, under a program to rehabilitate the CHA's physical assets, the RHH underwent a US$100m renovation into market-rate housing.

Likewise, the 70-acre expanse of the former Cabrini-Green area has for nearly a decade been slowly converted from a field of towers to a much low-rise mixture of private, market-rate condominiums and town-homes, and suburban-style cul-de-sac'ed subsidized housing, called North Town Village-- a name unlikely to roll off the tongue of hip-hop performers, instill fear in suburban teens, or generally enter the American mythology.