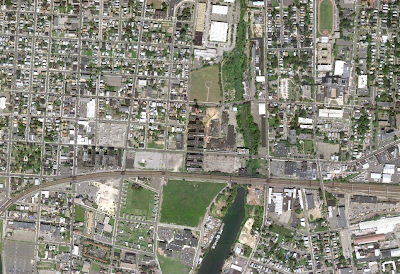 As mentioned in the previous posts, I've been taking the Boston to New York train frequently this Spring. Passing through cities every half hour or so, I've come to admire one building in particular. It's located in Bridgeport, Connecticut, at the corner of Helen and Arctic Streets, just east of that city's faded, half-occupied downtown. 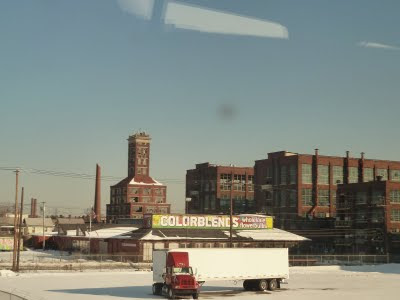 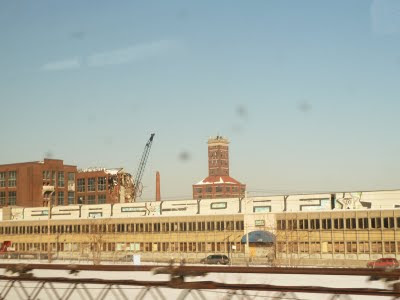 Its the original 1873 Remington Arms Factory, a former munitions plant, which became in 1915 the southern portion of a 73-acre General Electric campus, but has stood vacant and disused for decades in the marginalized, depressed district, the fourth largest city in America's wealthiest state.

Buildings like this tower aren't made any more, although one of the reasons I also like it is that, in form and translucence, it is similar to the Hejduk Towers in the City of Culture Galicia, Spain. Given that passengers from New York to New Haven pass by this complex, inspiration for Hejduk's design, and Eisenman's realization, is not out of the question. 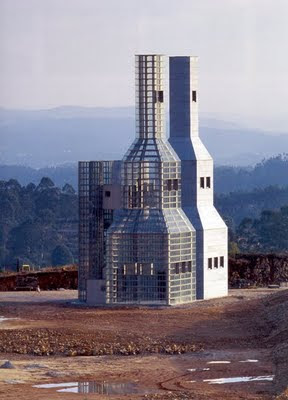 Image of Hejduk Towers in Spain courtesy this website

Aside from being unused, the factory suffered from arson in August of 2010, possibly due to squatters. Under pressure from government, which views the historic complex as a hazard (and is owed back taxes), the assembly halls have already been partially raised, acts which are in evidence from the passing train. It is also said to be occupied by spirits. 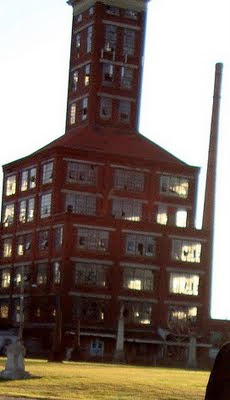 I can't find anything specific plans of the tower or its use. Although chimney-like, I imagine it might have been the administrative offices of the plant. There is also no detail at hand about saving or reusing the tower. Maybe it will be pulled down in the last phase of the demolition. I wonder if anything will go in its place.
Posted by MM Jones at 7:53 AM