The Architecture of Justice 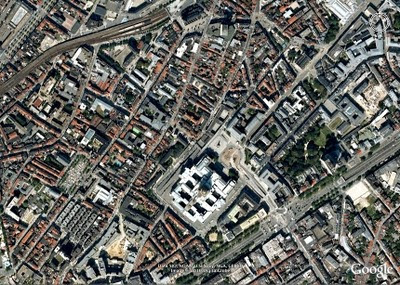 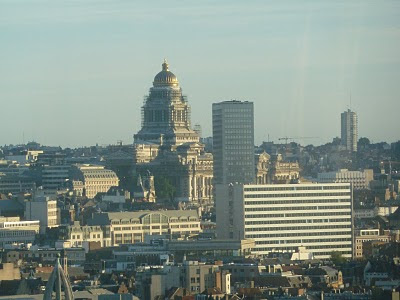 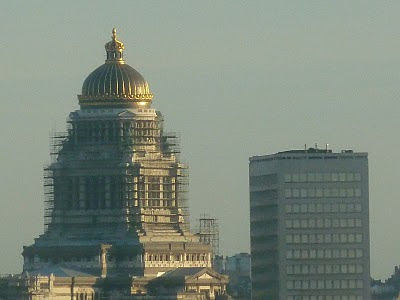 Despite Charles Holland's anti-competition letter, I had recently seen a few competitions that would be interesting to enter this month.

One in particular closes today. I first learned about it a few months ago via Entschwindet Und Vergeht. (By the way, if you want to enjoy a devastatingly insightful and entertainingly witty architecture blog, E&V is beyond excellent.)

The competition is to 'rethink' the Palace of Justice in Brussels. The particulars of the re-imagining set out in the details of the competition brief are laughably dull: It seems the real reason this is all coming about is the old barn doesn't have good A/C. The more I read, the less interested I was to offer anything. I quote from the "Rules:"

In this context, the Federal Government adopted a set of decisions on March 25th 2010, aimed at adapting the building to increase short- and medium-term security on the one hand, and at starting a wide reflexion, a realm of possibility on the other hand, by arousing exchanges of ideas about the future of this building, which is an emblematic illustration of justice in our country, besides being a testimony to the past.

As every building dating back to a certain age, the Courthouse of Brussels is now suffering from a poor energy profile, some stability issues, a lack of security regarding fire protection, issues related to evacuation and to other specific technical aspects (electronic communication network, heating, ventilation, air conditioning, lifts, etc.). All these issues are particularly harder to solve because we wish to respect the authenticity of this building.

Now about that "authenticity." The Palais de Justice is the largest building erected in the 19th century, which comes as no real surprise when you see it. It is a steroidal, baroque wedding cake, a judicial Jabba-the-hut. But rather than mawing on bullfrogs, this pile consumed a far more sinister and grotesque diet.

The Palace of Justice is the architectural manifestation of the rapacious exploitation of the Congo and its population by Kind Leopold of Belgium. His rule was financed by the monomaniacal pillaging of central Africa and genocidal suppression of its people. The Palace of Justice is most visible remnant of this, and in its obese proportionality seems to evince the viciousness with which the Congo was scorched.

If that is outrageous enough, consider some more details. I know how pedestrian it is to link to the Wikipedia article--but consider:

(1) an entire neighborhood was forcibly cleared to make way for the construction-- rendering the moniker "architect" a dirty word in Brussels for a generation thereafter (!)

(2) prior to that, the hill was the location of a Medieval gallows (!!)

(3) an architectural contest was held, but all entries were rejected (!!!)

Its all so bad its almost funny. All that's missing is to learn that up till the competition, the building has been heated by a team of malnourished children tossing puppies into an incinerator. The name of the building is The Palace of Justice; is that supposed to be ironic?

As to the competition, and that "re-imagining"... How about filling each volumous hall and courtroom with piles of Ivory and Rubber, such as the millions of francs worth which arrived in fin-de-siècle Antwerp? If all the spilled blood and severed extremities of that era (not to mention the Congo's brutal contemporary nightmares, which many link directly to its colonial amoral chaos) could be gathered, what volume would they fill? Wouldn't that be a much more honest adaptation, that would confront the horror in which the building came into being.

In the King's own words, via Mark Twain:

They prefer to work up what they call "ghastly statistics" into offensive kindergarten object lessons, whose purpose is to make sentimental people shudder, and prejudice them against me. 'They remark that "if the innocent blood shed in the Congo State by King Leopold were put in buckets and the buckets placed side by side, the line would stretch 2,000 miles; if the skeletons of his ten millions of starved and butchered dead could rise up and march in single file, it would take them seven months and four days to pass a given point; if compacted together in a body, they would occupy more ground than St. Louis covers, World's Fair and all if they should all clap their bony hands at once, the grisly crash would be heard at a distance of—" Damnation, it makes me tired! And they do similar miracles with the money I have distilled from that blood and put into my pocket. They pile it into Egyptian pyramids; they carpet Saharas with it; they spread it across the sky, and the shadow it casts makes twilight in the earth. And the tears I have caused, the hearts I have broken—oh, nothing can persuade them to let them alone! 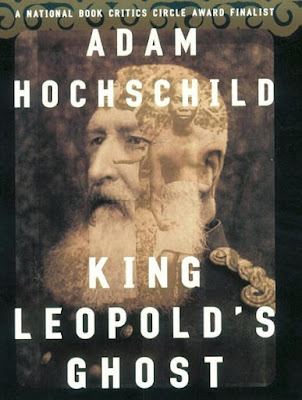 Rather than the competition, I decided to reread King Leopold's Ghost (you can also watch the film).