The rendering below shows a design divergent from the recent generation of flowy, melty, rendery, deconstructed designs that have been proposed for Gulf cities. Which is basically to say that its extremely rectilinear, as opposed to a form dictated by the transdimensional gymnastics of computer design programs. 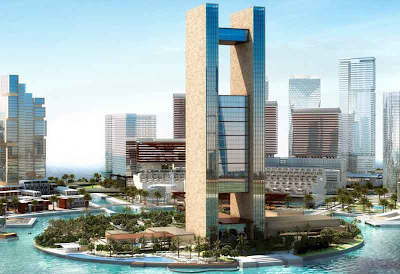 It is also unmistakably similar to one of Boston's more recognizable skyscrapers, the Federal Reserve Bank of Boston, built in and designed by Hugh Stubbins. 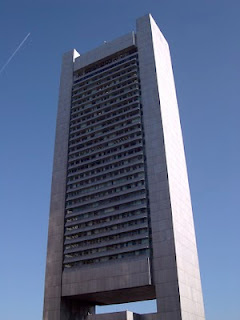 This second set of illustrations, via the website Daily Icon, are even more remarkable. Compare (the Four Seasons renderings are the images with the purple sky and palm trees): 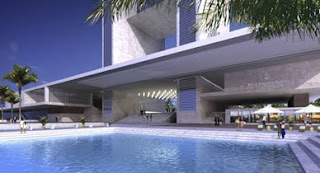 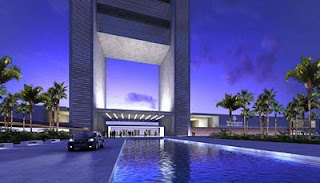 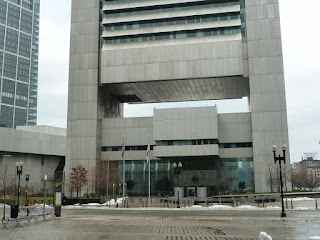 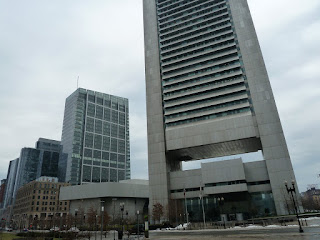 When I was younger I was a big fan of Hugh Stubbins big, shiny, beaming skyscrapers: Citicorp, Cleveland Place, Yokohama, etc. More as elements of the skyline than buildings themselves. 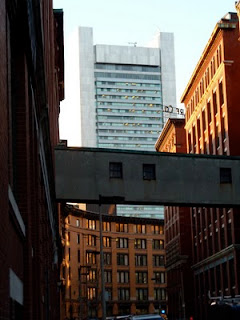 The Federal Reserve is criticized for being suburban at its base, which is I presume a result of Fort Knox requirements, which is probably insufficient today. 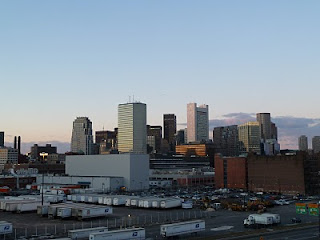 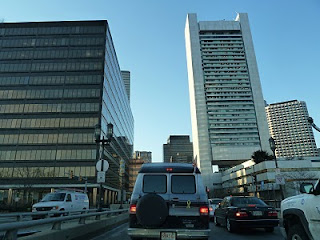 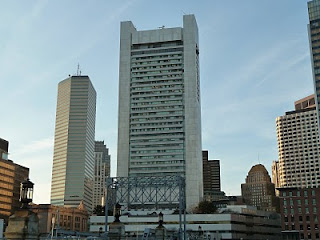 Nowadays I would be scoffed at for bringing Stubbins up as an example of great architecture. Which in a way makes it that much curiouser, then, that his design is being riffed in 2010 by SOM.