Half Price at the Ennis House 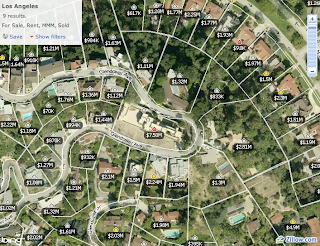 HIGH UP in the LOS FELIZ HILLS, LOS ANGELES.

When I was in Los Angeles recently I not only did I finally visit Frank Lloyd Wright's 1924 Ennis House, a building I had always wondered to see, but among other things discovered that, having been up for sale since June 2009 by its foundation, the asking price has been halved. Press release from the Ennis House Foundation is here. 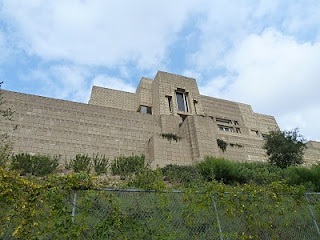 The realtors' exclusive listing is here: $7,495,000, aside from the bill for the second half of a necessary restoration, requiring an amount approaching or exceeding the sales price. What was inspired by delicate, uninhabited ruins, disintegrating into the harsh climate, is now just that. Better photographs than mine appear in the L.A. Times in an article from January. 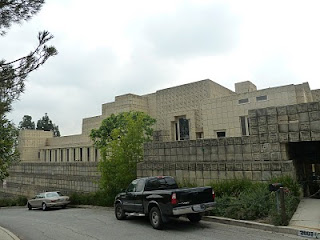 Apart from owning an historic Frank Lloyd Wright house, and having an enormous and beautifully-designed home in general, and also residing in a leafy, secluded corner of Los Angeles, and apparently having $20m to drop, this is a rare opportunity to purchase a National Register of Historic Places listing, in addition to being a city and state landmark. 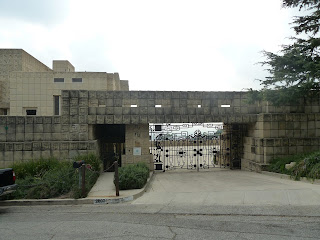 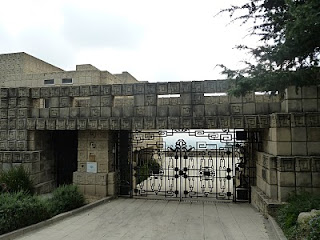 Aside from all that, there are a number of awesome aspects to this house that I came to appreciate on a recent visit, which show how Wright was interpreting a spatial and aesthetic heritage in simultaneous ways. Not only are its Mayan-Revival form and textile-block construction intoxicatingly exotic, the entire edifice, so precipitously situated on a winding, narrow road well up in the Los Feliz hills, is Mesoamerican in its monumentality. In its pyramidal shape, spilling down from the residence on a series of terraces and block-built faces and also in the wide entry drive-forecourt, recalling Yucatec platforms and plazas, the essence of Maya architecture is captured quite grandly. 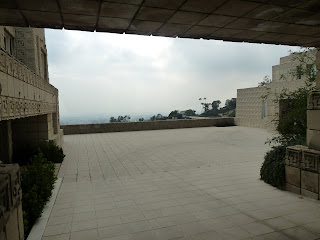 The entry court. The cliff-edge view gives the sense of floating.

I haven't come across what may have been written previously to provide insight into Wright's inspiration for the Ennis, which Wikipedia explains came specifically from the fanciful, Puuc-style structures of Uxmal. If I've retained my Wright scholarship, the architect never traveled to Mexico in person, but the academic reports and images of which were inspiring the Pan-American imagination of the art-deco, post-Panama Canal era.

In addition to providing that quintessential Angeline panorama of the grey-brown office blocks of downtown and Wilshire, another Mesoamerican Wright design, the Hollyhock House, atop a lone, pyramidal hill on Hollywood Boulevard, is visible almost directly south about a mile. 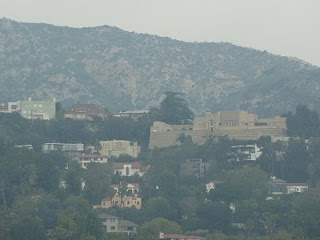 The Ennis House's massive pyramidal platform is best viewed from the Hollyhock House to the south. 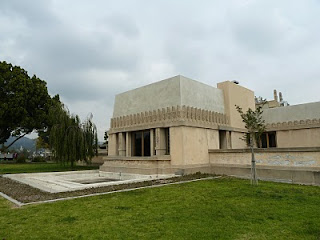 I recalled how, summiting the crumbling pyramids at Tikal in the Peten, the otherworldly, cresteria-crowned sanctuaries of that abandoned city's other mounds were visible above the tree line--that the temples transcended the space, reverently facing each other in a perpetual watch, long after their builders and civilization had vanished.

All this can be yours (Zestimate is $2.4m, by the way. I recommend walking in and low-balling 'em). 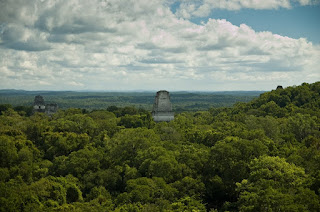