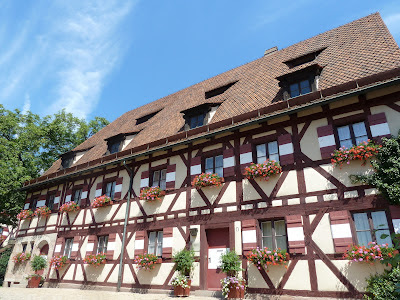 The crooked rooflines of the towns, large and small, are dotted with dozens of dormer windows. The angled sweep of the streetscape is interrupted by the punctures and perforations of eave line fenestration. Some fanciful houses have so many that the roof seems more proud facets than smooth slopes, dark shadows formed by the midday sun like features of a face. 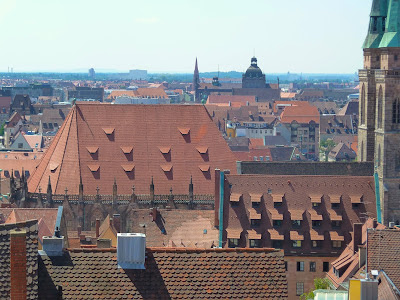 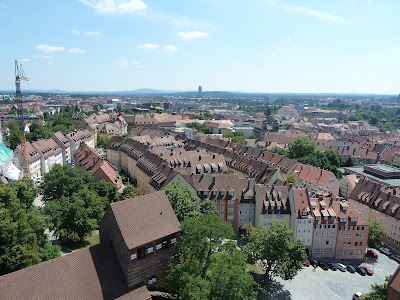 The jagged pattern of so many little dormers is distinct, making the already-mesmerizing vantage point of the ancient imperial castle of Nürnberg just a bit more wonderful. Looking out over a Holy Roman hamlet of half a million, its history and heritage intact, only the high-rises on the hillsides remind the viewer of the present-day. 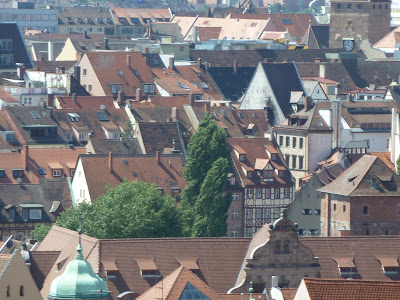 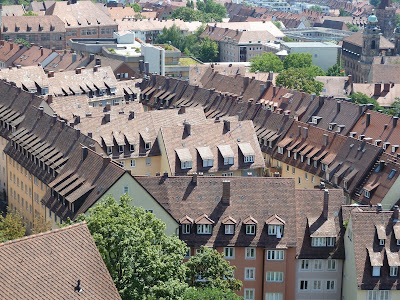 Down below, in a small square near the town hall, is a bronze model of the old city, its metallic ridges warmed in the sunlight, and its rooftops lightened to brass from human touches. 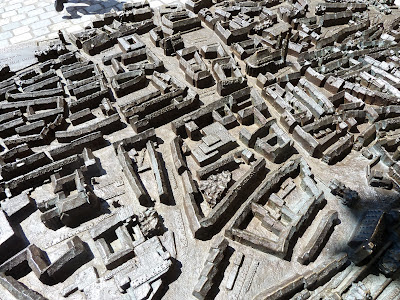 The dormer windows are there, moulded on to the tops of many of the little model buildings. Only here and there; perhaps they've been worn away elsewhere by so many hands. But the model conveys the abundance of this detail on the actual structures. 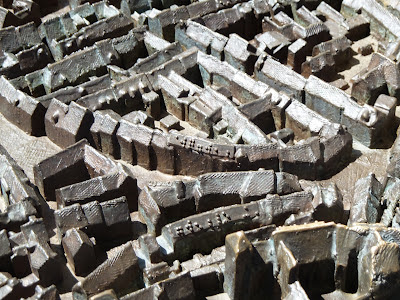 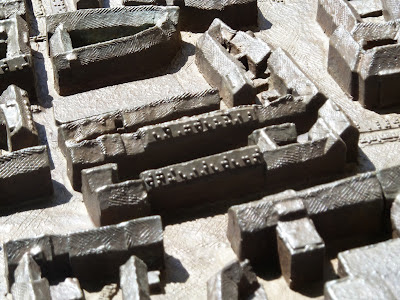 But no, they're not little knobs of windows; it is language. It was not architectural accuracy on the part of the metalworker, but instead writing. Braille. The model is for use by the blind, also: to take in the city through the fingertips, to feel its arrangement, its alleys, its expanse. Does the reader know how that these bumps are also on the real rooftops, that the full-size buildings are so heavy with raised dots?