On the afternoon of May 31st, Istanbul's Taksim Square filled with the people. Residents gathered in Gezi Park to protest the uprooting of old sycamore trees by local authorities, the first physical act by the government to unilaterally moved ahead with a plan to replace the open space with an ersatz, Ottoman-style shopping arcarde. I half-sarcastically tweeted:

Although the protests in Istanbul, which would later spread across Turkey, were not solely about the the fate of this public space, it was the lack of public input into the transformation of a beloved, historic park into a kitschy shopping mall (and the corruption lubricating real estate speculation) that initially drove people to assemble. 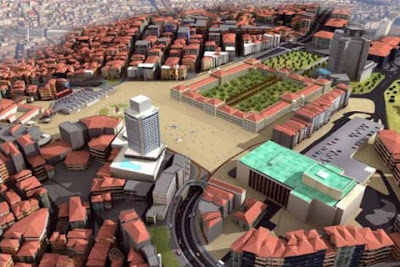 Likewise, while the very-similar mass protests that filled the streets of Brazilian cities earlier this month were about broad issues of economic and social inequality, they started as the airing of grievances against a hike in municipal bus fares, and came to encompass discontent over the government spending spree on massive sports stadia for international events, and the corruption that such deals involve. 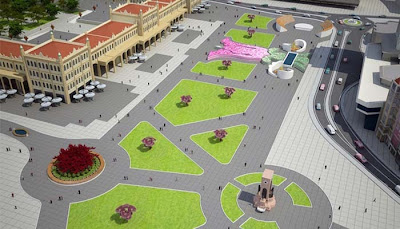 In earlier (and on-going) uprisings in Bahrain and Cairo, public spaces such as Pearl Roundabout and Tahrir Square became symbols for the protests that they hosted. The issues in both Brazil and Turkey are political and social struggles that go beyond spatial debates; indeed, government concessions on Gezi Park's fate in Istanbul and bus fare rates in Sao Paulo did not diffuse the protests.

Yet, the events in both Turkey and Brazil originated in and are embodied by issues of architecture, urban planning, and public space. Rather than simply platforms on which protests take place, public spaces, and their access, use, purpose, and design are what these crowds are asserting as their right, what they value and what they demand to have control over.


In a series blog posts at the New Yorker about the Gezi Park protests, American journalist Elif Batuman employed the Benjaminian term Aesthetic-Political Controversy to describe the issues which brought the crowds into the square and eventually into confrontation with the authorities. In some of the world's largest, fastest-growing cities, citizens were taking to the streets to demonstrate their frustration at a corrupt, unfair system that has been usurping tax money and urban space for the benefit of a few.


"...many of the proposed transportation projects were shelved or delayed -- such as a bus lane in the northeastern city of Salvador and a light-rail trolley in Brasilia -- while work on stadiums moved forward." -Bloomberg, July 10, 2013

Brazil and Turkey have been held aloft in the last decade as prime examples of globalization's inarguable virtue: fast growing GDPs, physically manifested by fast-developing cities, which were bequeathed with a shiny new trophies of global luxury, especially high-end shopping malls, high-rise apartment buildings, such as those which have been invading Istanbul. More severe iterations consist of Brazil's World Cup soccer stadia and Istanbul's bizarre litany of ahistorical megaprojects, of which Taksim Square's alteration was only the most centrally located, not nearly the most ambitious.

Recent media coverage of Brazil and Istanbul reveal just how much of a shift these protests are from this globalization-success story. As recently as last October, the appearance of glass skyscrapers over the minarets of Istanbul was a sign of unquestionable progress- and the smart leadership that goes with it: Istanbul was a city with a growing private equity and property scene, 200 international non-stop flights, plans for the world's biggest airport. This lead it to be crowned by globalization's ultimate accolade: The Emerging Hub. (In fairness, the FT's subsequent report was slightly more balanced and hesitant on this new Istanbul, hinting at dissent for these massive projects, including at Taksim, while trotting many of the same global-growth bromides). 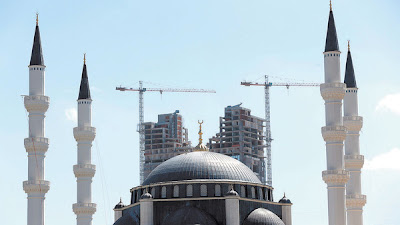 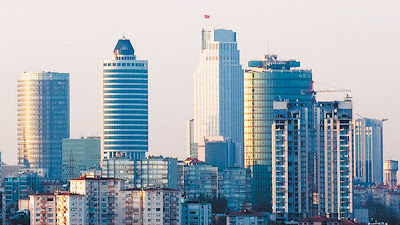 
On the eve of the eruption of Gezi Park's occupation, this formula was lucidly and loquaciously summarized by an unintentionally ironic,  fatally-timed video on Istanbul's dreamy progress in Monocle, which perfectly concludes with a eye-watering optimism towards Istanbul's candidacy for the 2020 Summer Olympics. (Subheading: "With the city’s bid to host the 2020 Olympics in full swing, the fabric of Istanbul is shaping up. We meet the cultural and commercial players flexing their muscles." Tags: "2020 Olympic Bid, Urbanism"). The narrator speaks of Istanbul's "renaissance," and Turkey's "endless ambition to become a global powerhouse...a global hub for businesspeople" and references "old buildings replaced with new structures." The video is worth watching not only for its avant le deluge cluelessness, but especially for the brief remarks by renown author Orhan Pamuk, who desribes contemporary Istanbul as "sugary."

Equally notable in terms of poor timing leading to unintentional irony is Monocle's video covering early July's New Cities Summit in Sao Paulo. The conference was titled "The Human City" and promised, according Monocle's video, "How to make cities listen better to their residents," and, in the case of Sao Paulo, "how to turn this forest of highrises into a city that works for everyone," while Sao Paulo continues to cultivate a "rich, complex global brand." 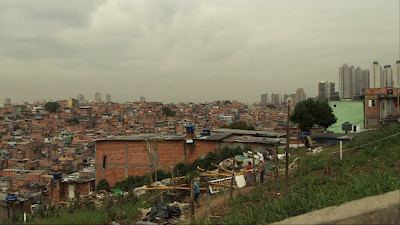 
The New Cities Summit featured not just "city fixers and financial folks" but academic Saskia Sassen, and while the conference clearly did not connect adequately with the working class of Sao Paulo to head off a protests (or with the transit authority in considering hiking fares), one of the more thoughtful analysis of the protests was offered by New Cities Chairman John Rossant in a televised interview on France24, in which he speaks directly of inequality, and its embodiment in a segregated built environment, as a source of discontent. Rossant also wrote an op-ed in the Financial Times, although his written words were much blander, without any mention of inequality or corruption.

Despite my tweet's call to attention, much of the architectural media had little coverage of the protests. Domus had a comprehensive first-hand account of the park occupation, but that publication's most insightful coverage of Istanbul's current condition was a feature from last year on Paolo di Pietri's gently ominous photographs of high-rises and real estate developments on Istanbul's fringe. 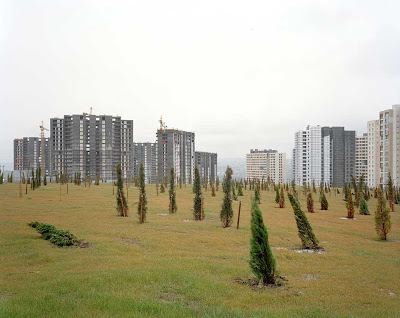 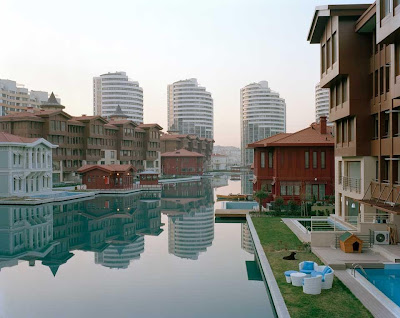 Gezi Park's events have been well covered at Archinect, thanks largely to that site's Turkish-born editor, Orhan Ayyüce. As with most posts at Archinect, his short posts didn't delve deeply into the issue, but the comments section did provide one of the few venues for architects and designers to discuss Istanbul's development and the protests, and Ayyüce seemed well-connected to Turkish architects and academics covering the protests and surrounding issues.  Like Batuman, Ayyüce suggests that Turkey's domestic design profession, and its output will be profoundly altered and impacted by the events of the last eight weeks. 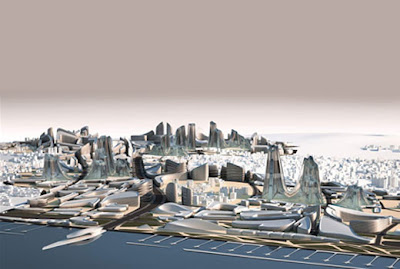 
The decision to demolish the park is really a most recent assault in accordance with the over commercialization of this historic city of 16 million people. The blunt action to send bulldozers to uproot the trees certainly hit a nerve with thousands of protesters who are fed up with government's draconian measures of late, threatening the basic liberties of Turkish society at large and the invasion of the publicness of the open spaces in Turkey's largest city. The oppressively social and urbanistic nature of the unilateral action of the government and the regional authorities seem to hit a particular nerve with the public who has been occupying the park in order to save it with an unprecedented determination.This is an important turning point in Turkish urbanism when the public is showing an increasing resistance to violent police action never seen before for the urban design policies of the government. This is a behind the doors deal of the government with their favored development partners for consumerist profit making. This is at the cost of public access to much needed green spaces in this densely overbuilt city. This is a top down urban policy repeated across in this world treasure city with 4000 years of cultural history. -Orhan Ayyüce, Archinect


For too long residents of the city have sat by as their government incrementally destroyed Istanbul, the beautiful ancient seat of the Byzantine and Ottoman Empires. Forced evictions clear the way for tabula rasa urban renewal in historic districts, the Turkish housing authority (TOKI) is building luxury gated communities in infinite quantity, and a new bridge and airport in the forest to the north will write the death certificate on the city’s source of oxygen. This resistance has been less of a political demonstration and more of a territorial battle: citizens physically defending their beloved city of winding streets and charming old facades from the global forces that want to turn it into a Dubai, a commodity of glass and highways. -Jesse Honsa on Hyperallergic


While Turkey's media, with state oversight, have been a largely unreliable source of coverage of the protests, it is interesting to note that in May a court ruled that "three massive skyscrapers" on the edge of Istanbul had to be torn down, as they were spoling Istanbul's historic silhouette." This month, as police and protesters fought in Gezi Park, Turkey's parliament passed an omnibus bill to protect the historic skylines of Turkish cities from such ruination.

These gestures just patch over bigger, more difficult issues, like trying to make a crumbling structure new by painting the outside. Until more of the city's residents feel that they have a say in, and a benefit from, the changes to their urban spaces, those alterations will not be seen as improvements, and will be resisted, not only for their appearance, their edifice and bulk, but for their shadows: the unfair dirty deals, the embezzlement and bribery that their sleek façades conceal.

In the march of progress of economies and countries, journalists (and governments) should realize that the development of civic protest and democratic assembly are part of a society's improvement. And when lines are drawn between people and power, architects and urban planners should be conscious of which side they are on.
Posted by MM Jones at 1:56 PM