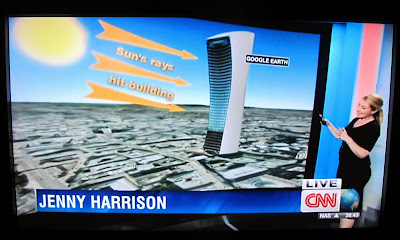 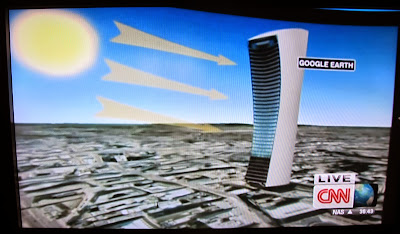 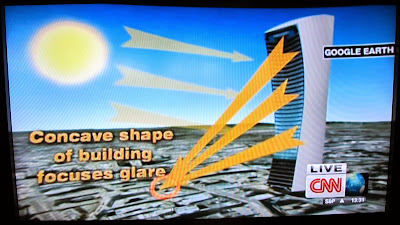 The obvious problem with this sort of episode illustrated above is that it is just silly. It is embarrassing for everyone involved in the realization of a skyscraper to have the building appear on international cable news because the building is unexpectedly ridiculous. 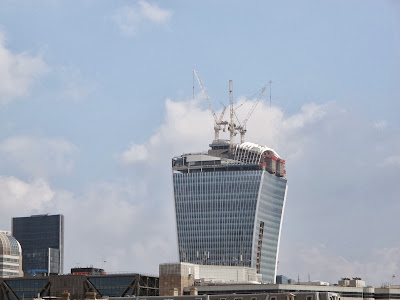 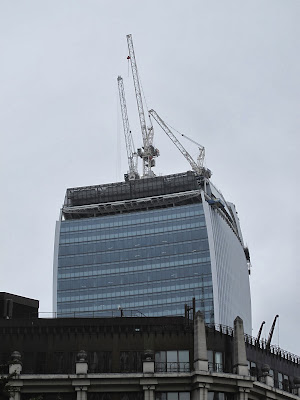 Even if rows of laser-fighting louvres were value-engineered out, well, that also sort of proves the point, doesn't it?  In one way or the other, the celebrities of the architectural profession are no more adept at spotting latent risks in their designs as the financial titans they build for.

The unexpected absurdity of 20 Fenchurch Street only compounds the already unmitigated silliness, which can only be either intentional or unplanned. Even before it fried a trader's jag on a climate-changingly-stupendous late summer day, it was already reaching the prize circle as the worst of the starchitectural sheds to shove their way into the medieval streets. 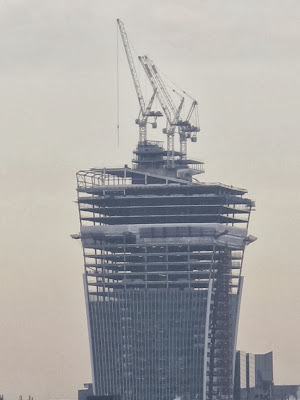 Who has ever looked at a walkie-talkie and thought it would make an attractive office building? What is a walkie-talkie? Does anyone still use them? How does this warpy UN Secretariat look like a Walkie Talkie? Don't walkie-talkies have antennae? If the building doesn't look like anything, why give it a nickname of an outdated technology?

Wheras a genuinely-derived popular nickname for many buildings around the world has been 'the box that another building came in,' 20 Fenchurch Street could only aspire to be recognized as a piece of the styrofoam packaging that the Gherkin came in. 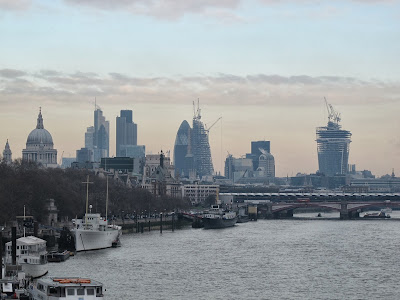 Even many ultimately hideous skyscrapers look alluring in their skeletal infancy. Yet this tornado-column of steel plates, bulging up over the Thames, only suggested the horrible combination of the infantile and the egomaniacal that the wavy, twisty, torquey, turny, kissy, misshapen trend manifests. Moreso than even the Shard, Fenchurch Street is the arrival of Gulf-style showmanship to London. 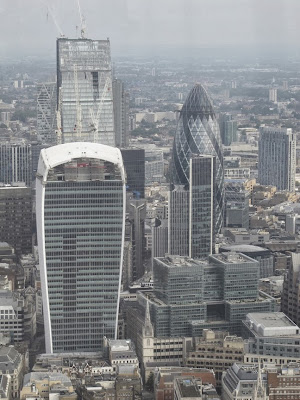 Long before its glazing summoned a death ray from the September sun, swoops of steel swung out over the narrow, ancient streets, blocking out just a bit more of the sky. Even without that perfect metaphor of the glossy, reflective surface of a financial house suddenly and without anticipation melting the possessions of its neighbors, these corpulent corners fanned out to grab just that much more light and air for itself.

But if you're planning to blot out the sun, at least get that right.