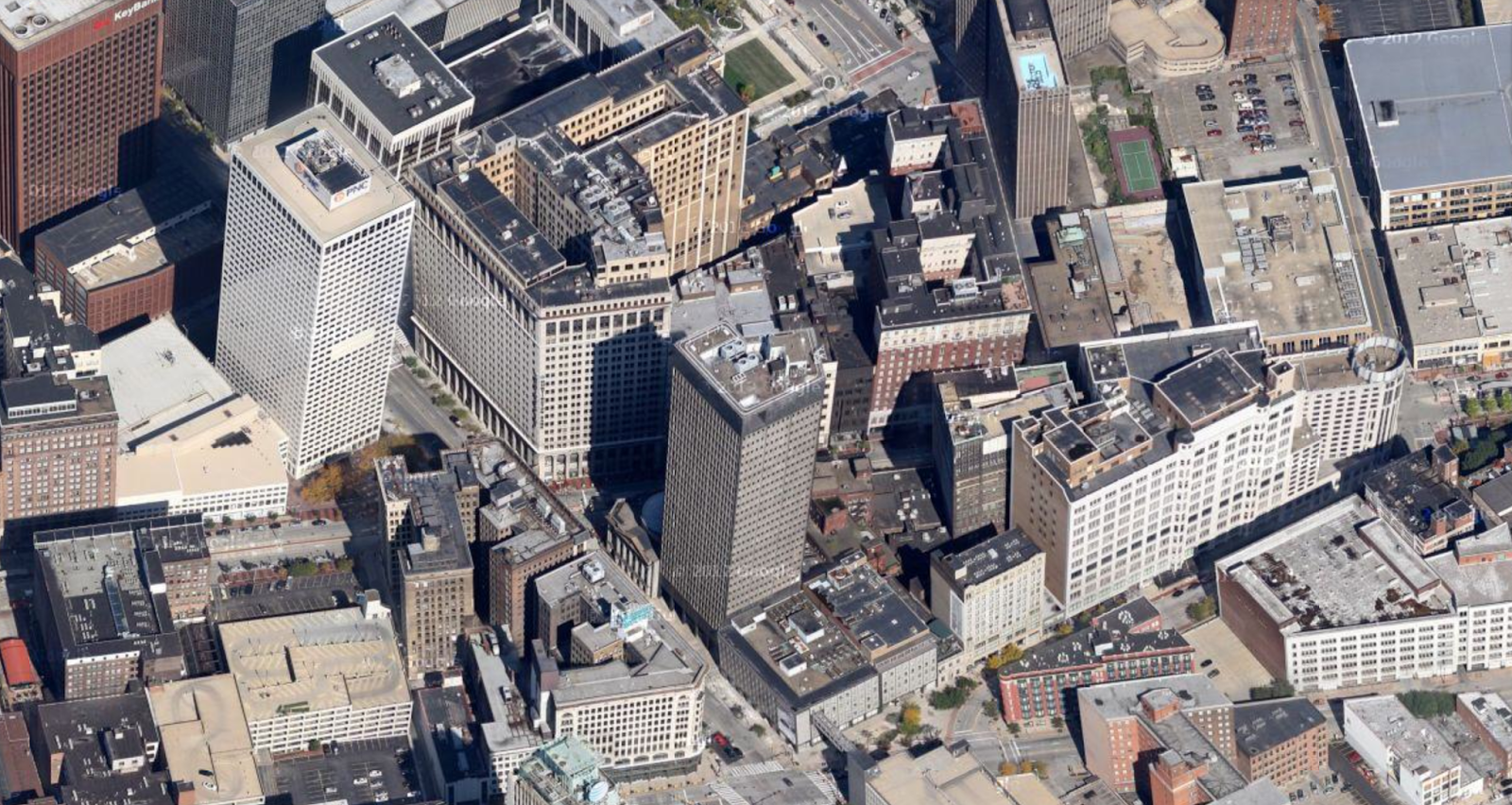 A more positive modern preservation story has appeared out of nowhere, in Cleveland, Ohio, after all hope had been lost. 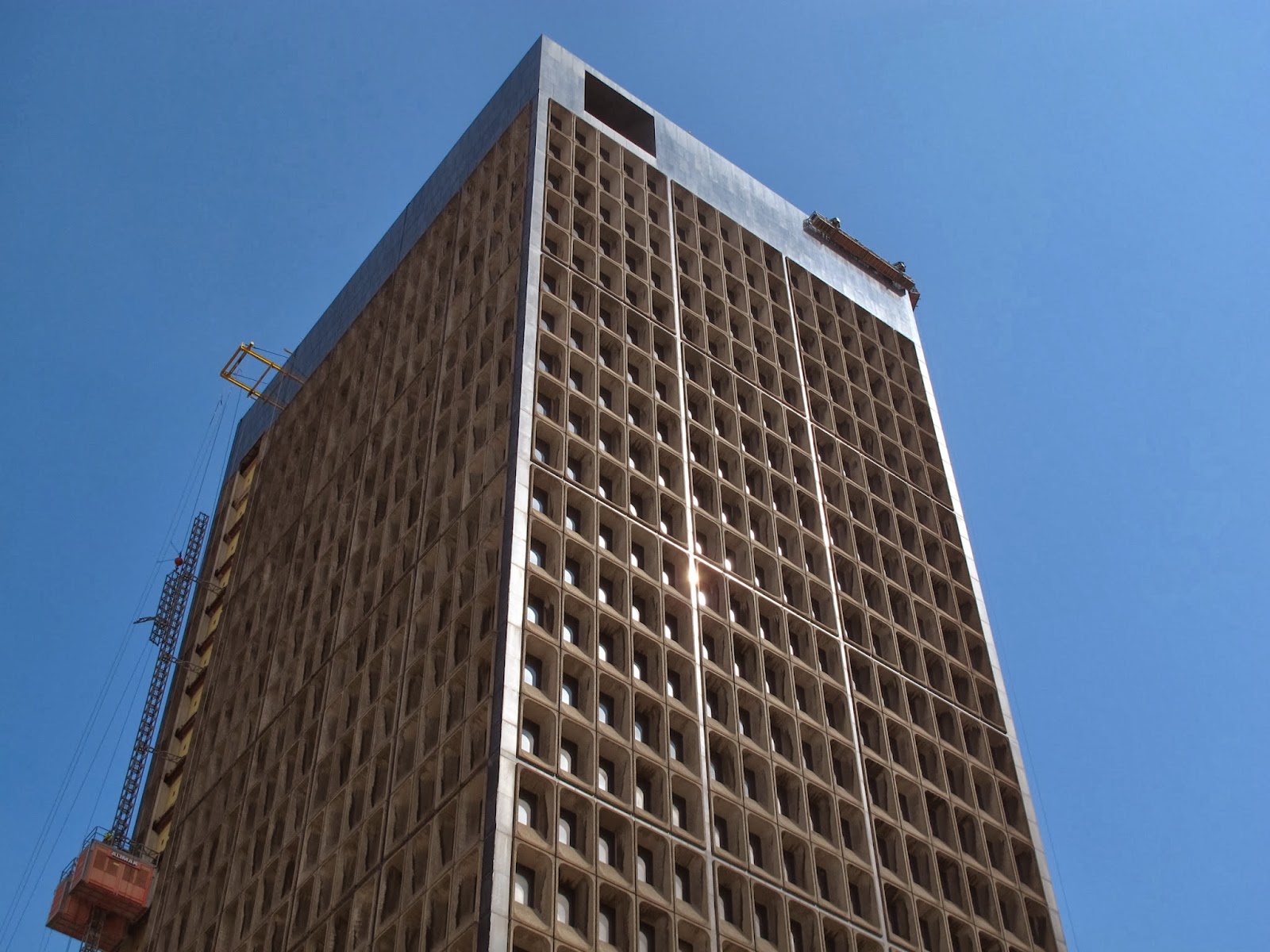 Like Detroit and other rust belt cities, Cleveland is home to only about half as many people as fifty or sixty years ago; while its metropolitan area still holds about 2.5 million people, what was once the sixth largest city in the US in now something like its 45th most-populous municipality. 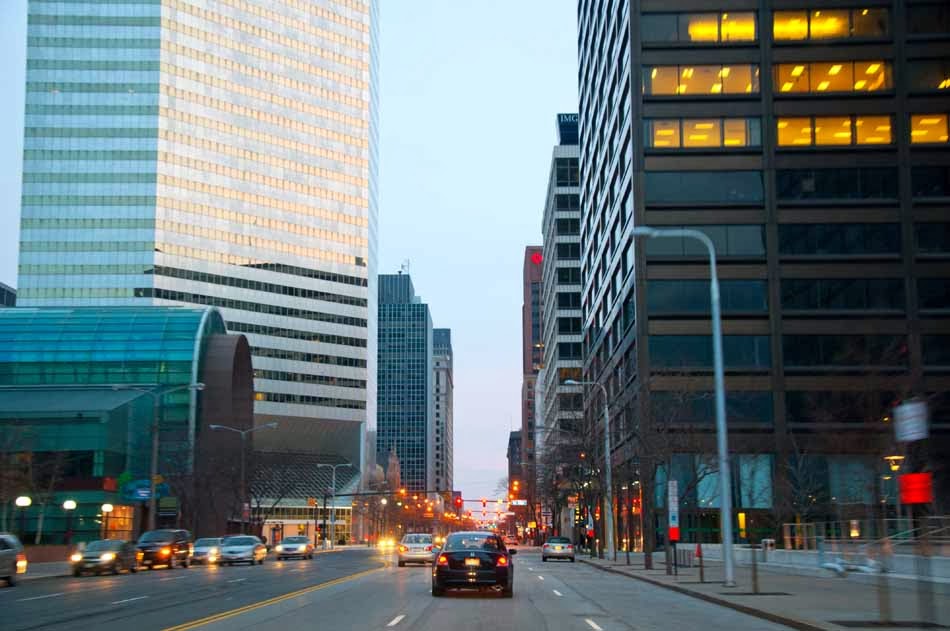 Photo courtesy of All Things Cleveland.

In more prosperous days, Cleveland, an industrial capital, spurred the growth of many of the nation's largest banks, and boasting something of the Wall Street of Ohio, East Ninth Street: the only prospect in this midwestern metropolis where rows of business-houses formed colonnades along the boundaries of the boulevard, an effect more common in Manhattan or Chicago. 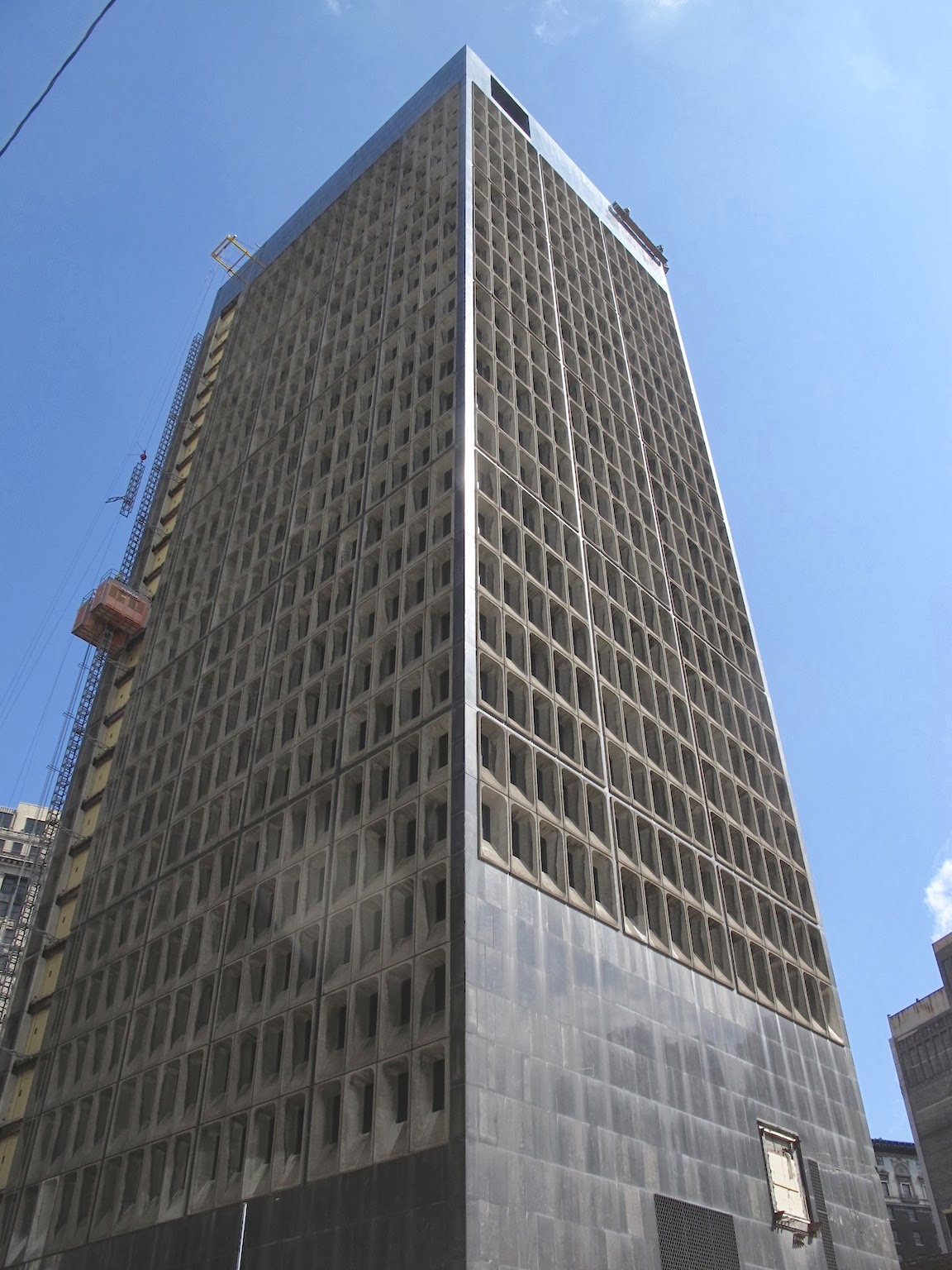 It was on the southern end of this arrangement that the celebrated architect Marcel Breuer's only built skyscraper was realized in 1971. And, more recently, where it was nearly razed. 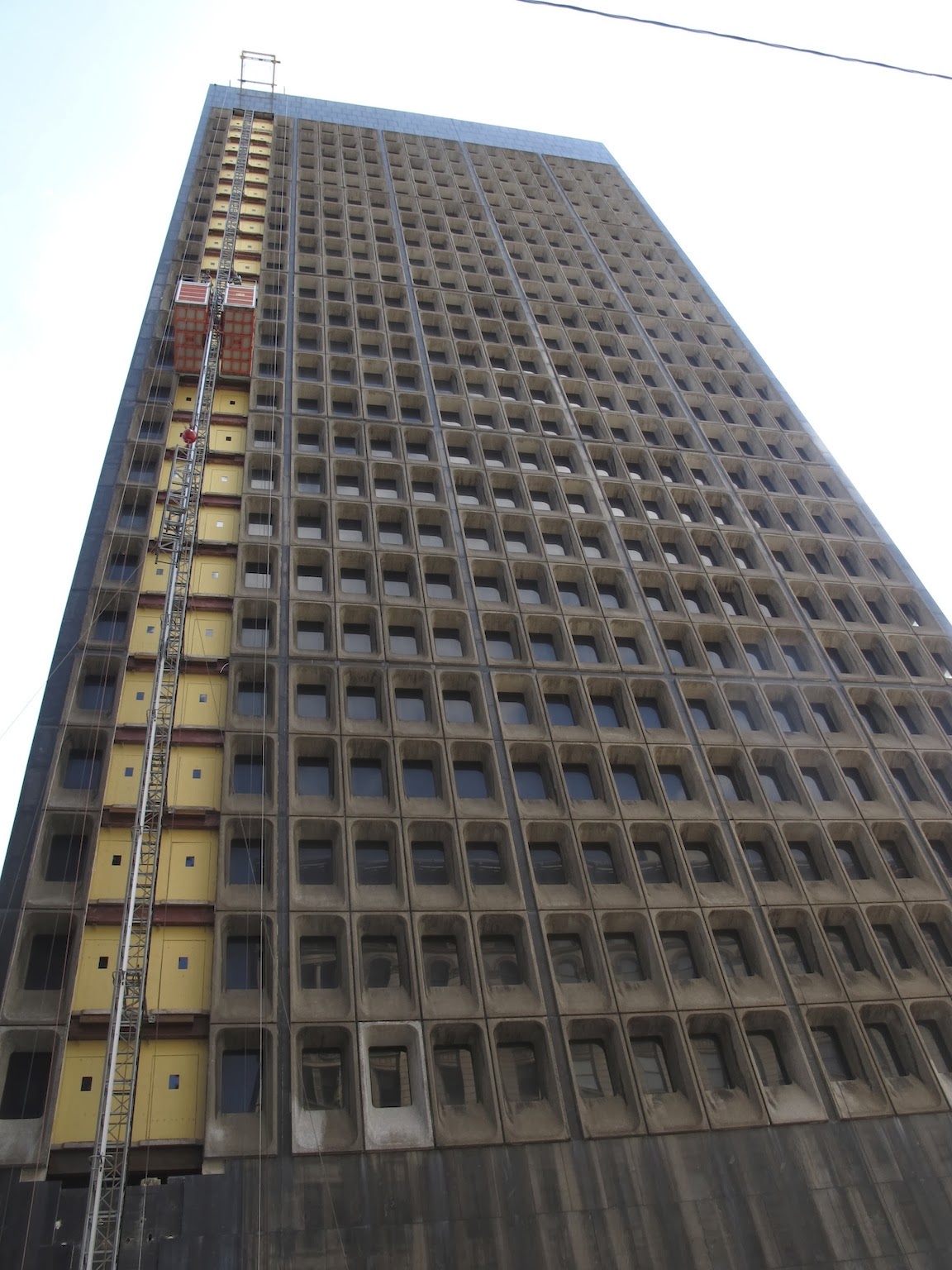 The blogosphere and the architectural press covered the story in 2007, as the threat of demolition has hung over the Breuer building seven years ago. The tower, once the proud headquarters of a major bank, and the largest and most modern of one of half a dozen motley buildings that made up the Ameritrust's block-long headquarters complex, stood vacant, a victim of bank consolidation. 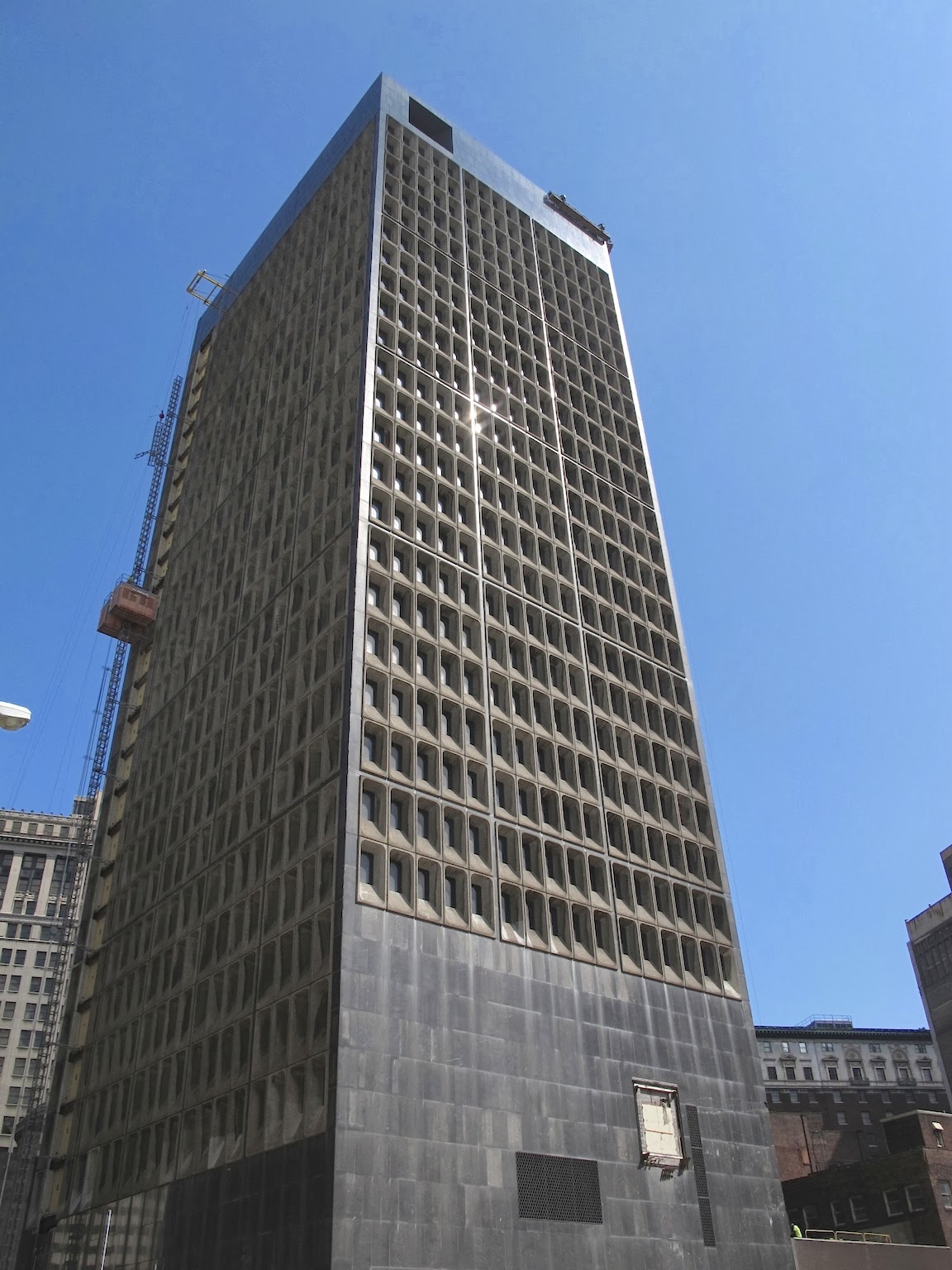 The County government took over the block and, in a typically-bizarre logic that is all too common with the reasoning that governs the destruction of many architecturally-significant landmarks, set about plans to pull down the Breuer skyscraper and replace it with one of several glassy, ersatz low-rise designs. One of the few outstanding modern features of downtown Cleveland would be lost, to make room for a suburban-style pavilion in a half-empty city. 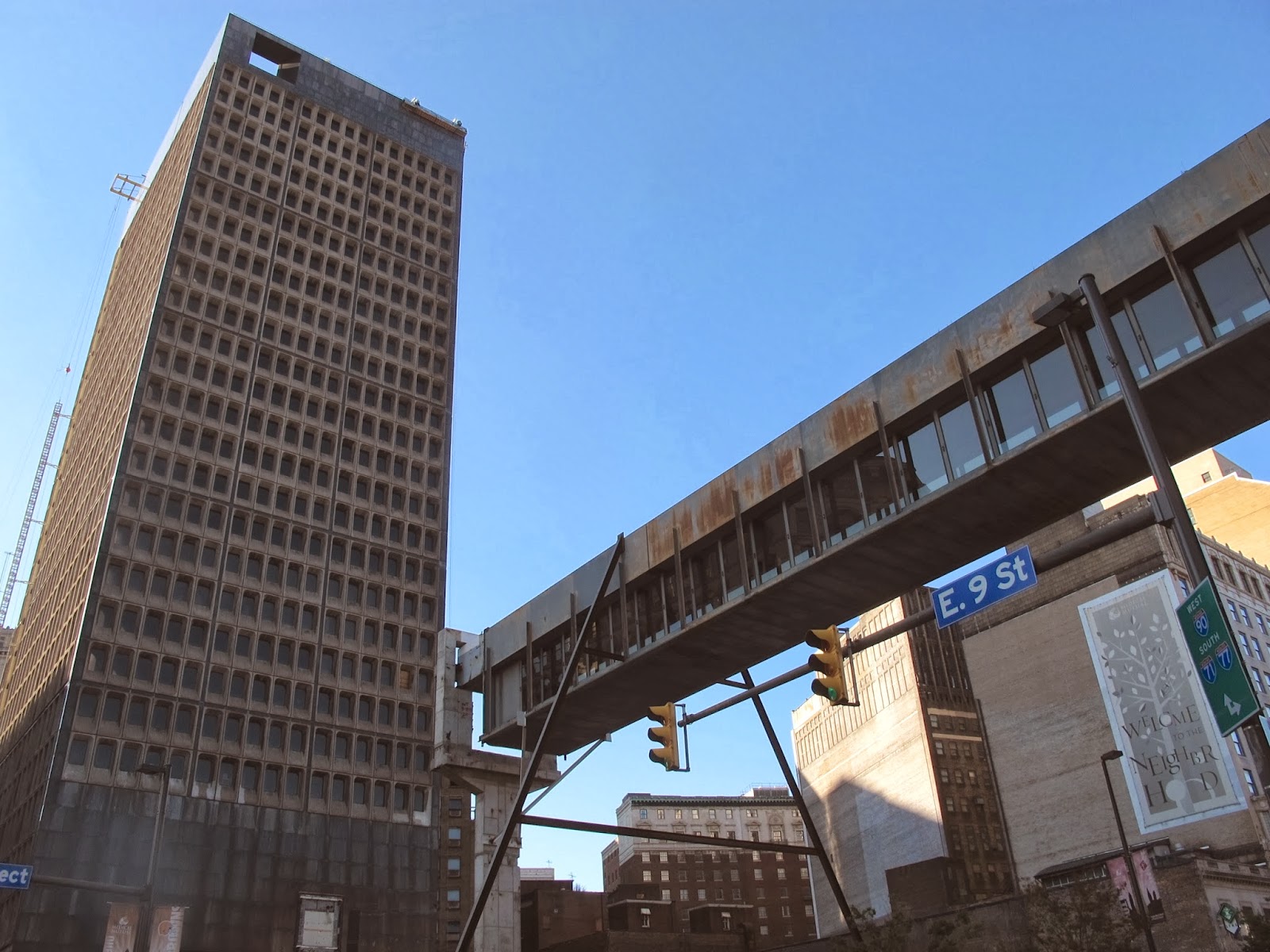 But in the past year, this story has taken a remarkable turn, and it was a suburban element that came to the rescue. A construction and development firm from a distant county bought the complex from the county at a bargain price…and decided to painstakingly preserve the Breuer tower. Rather than level it, or strip it out of all recognition, the private company not only recognized the compelling power of the architecture, but has even publicly pledged to thoughtfully resurrect several of its signature features, such as Breuer's nave-like sunken lobby with its paneled-glass street wall, which were damaged during an earlier phase of asbestos removal. 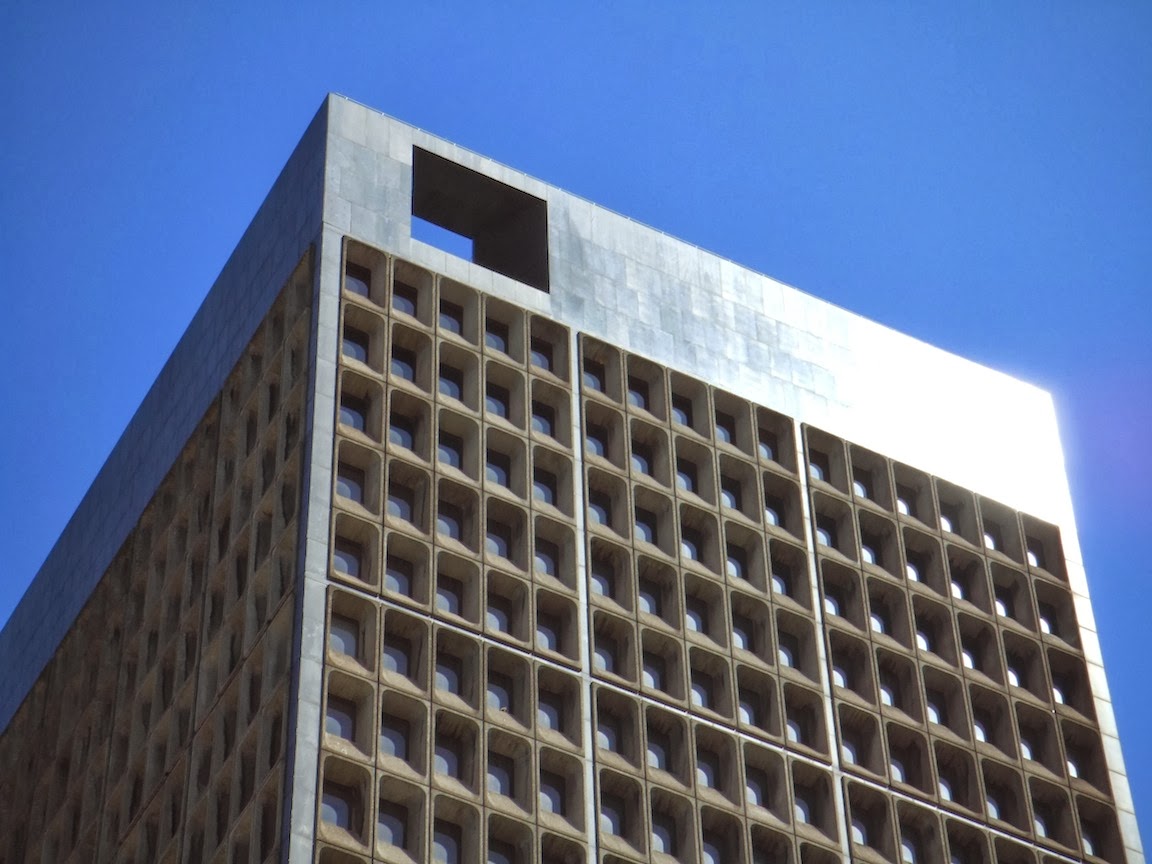 While the plan features the typically-contemporary formula of upmarket hotel and condominiums, the programming seeks to utilize the building's unique aspects, such as the concept to transform the formally-off limits rooftop, home to Breuer's enigmatic oculus, a true sculpture of vacancy, into a roof deck. The ground-floor of the complex will also house a mid-market grocery in the middle of one of mid-America's urban food deserts. Between its public amenities and the population draws of its hotel and residences, the landmark will even be more positive for the city than ever before. 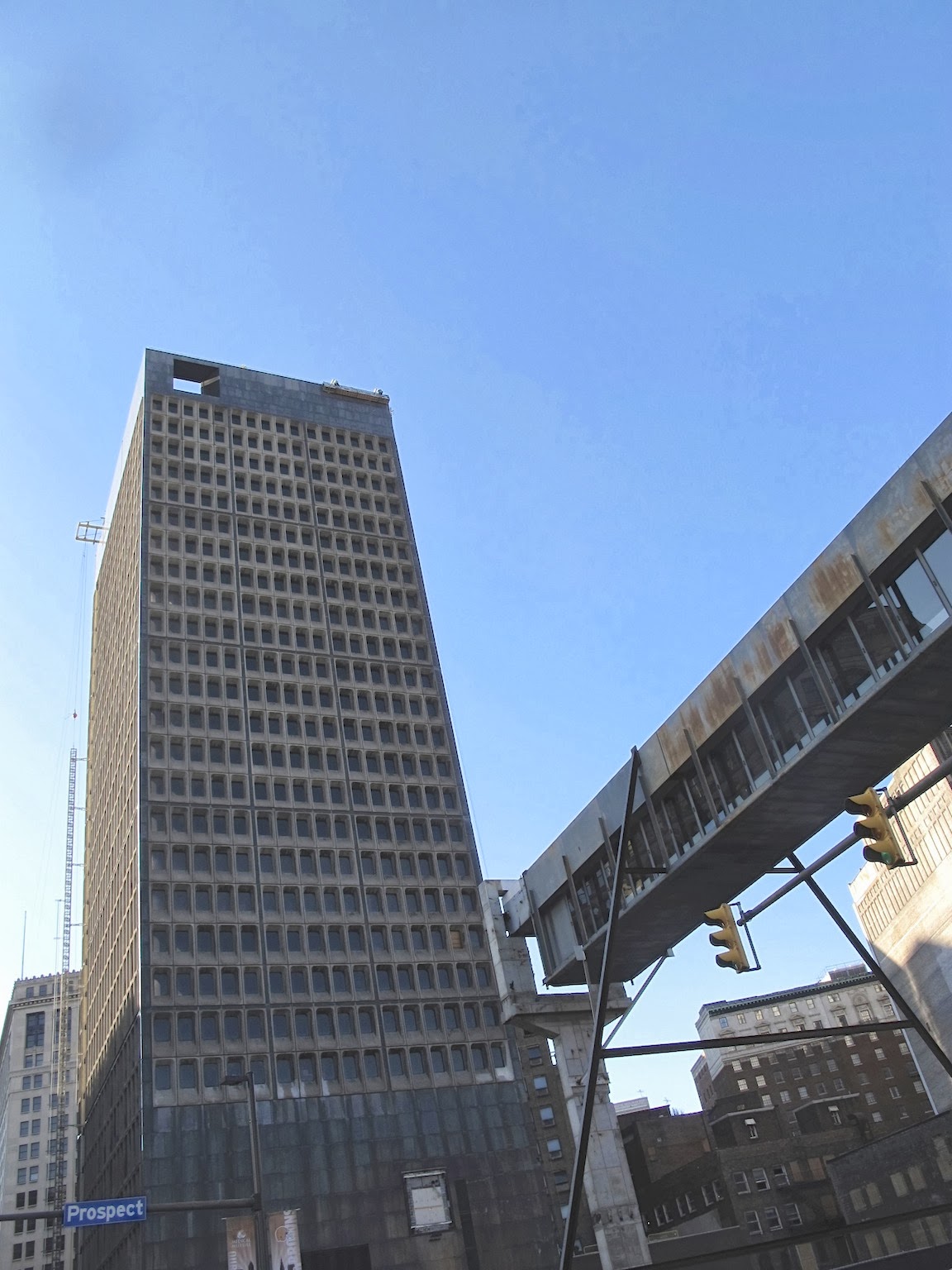 All the above photos except as noted ©2013 Bauzeitgeist.