The Preservation of Miami Marine Stadium


Miami is known mostly for its high-rise condominiums and sleek little art deco hotels, not brutalist ruins. So what might be more surprising landmark than the shell of an old hospital is the powerfully-sculpted pavilions of the Marine Stadium, which sit derelict on a key just in front of Miami's downtown, on the road to its upscale suburb of Key Biscayne. 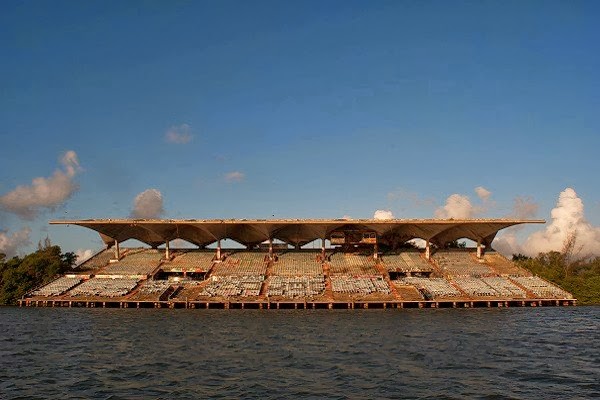 A water-facing concrete review stand, built in 1964 for boating events, then later opened to concerts and other public gatherings, the stadium has been vacant and vandalized since 1992, but was saved from demolition and may now be renovated thanks to a dedicated social effort. 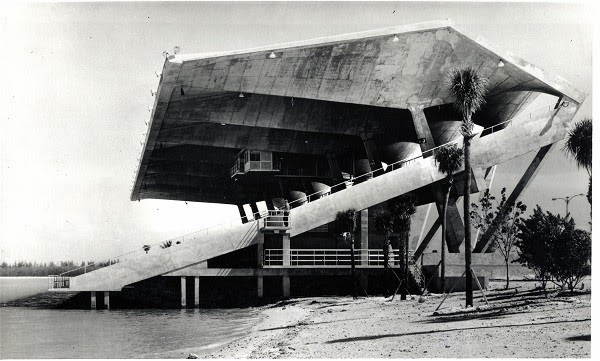 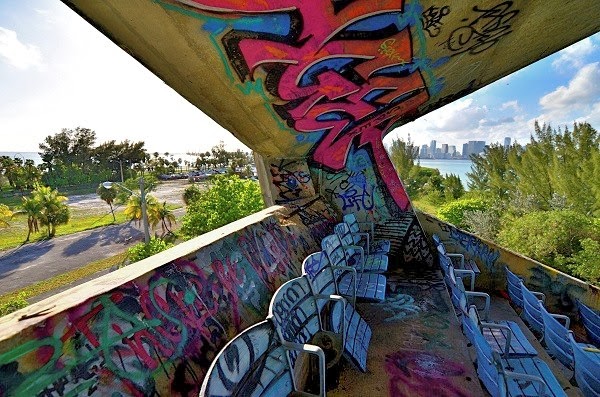 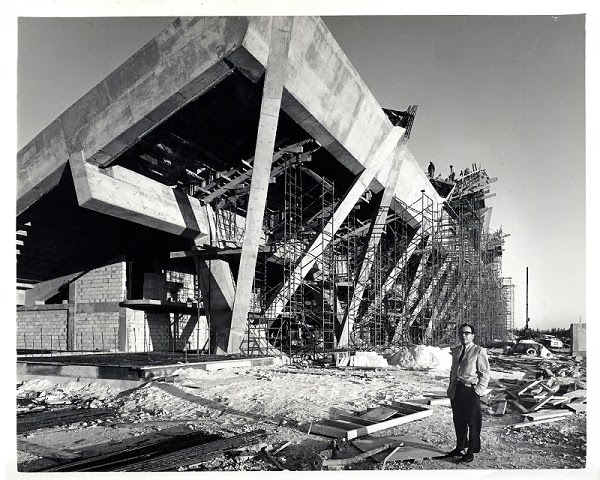 An article from Architect Magazine last October gives the full history of the stadium's revival, from derelict, condemned wreck to atop World Monuments Fund/National Register of Historic Preservation watch list. The success of the restoration drive has been driven by the well-organized Friends of Miami Marine Stadium: to look at the chronology on their website gives a sense of just how much effort has gone in to saving this structure. From an article from a few weeks ago about a graffiti artist selling his art to raise funds for the renovation:

Declared structurally unsound after the widespread devastation of hurricane Andrew, the abandoned stadium has been "off-limits" for nearly a quarter of a century. But graffiti loves a challenge, and "off-limits" means "perfect hangout" for fence hoppers, midnight drinkers, restless youth, skaters, and most obviously, taggers.Now, the stadium is on its way to a new life thanks to the Friends of Miami Marine Stadium. The group plans to renovate and reopen the venue, and that's expensive —$30 million expensive.

Its an especially nice story because the place will not only be preserved, but architecture will be revived to its original purpose. For now, the site is half-heartedly cordoned off, but it is still accessible from the waterfront. Check out the Friends of Miami Marine Stadium website for tons more information, historic and current photos, etc. 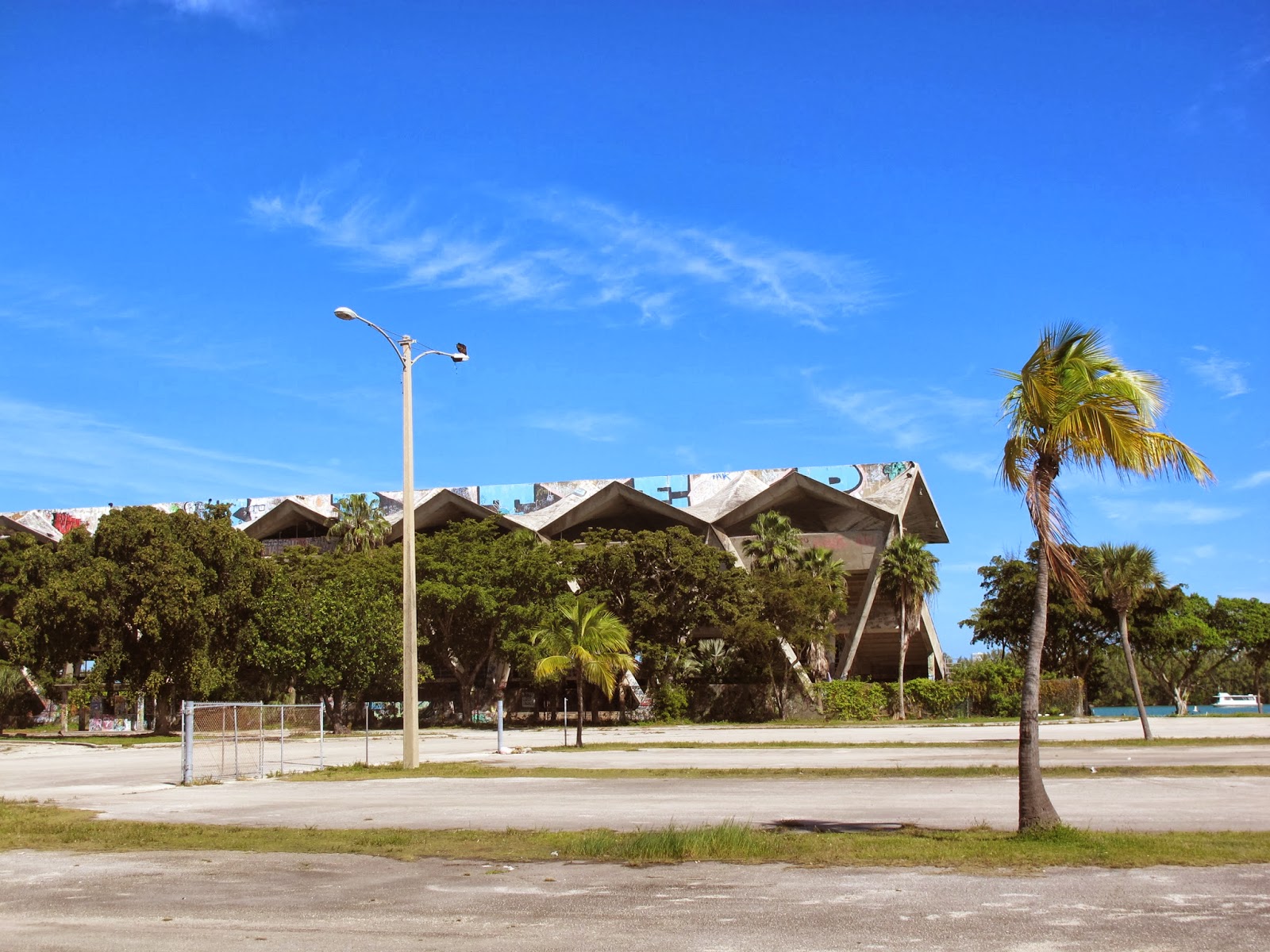 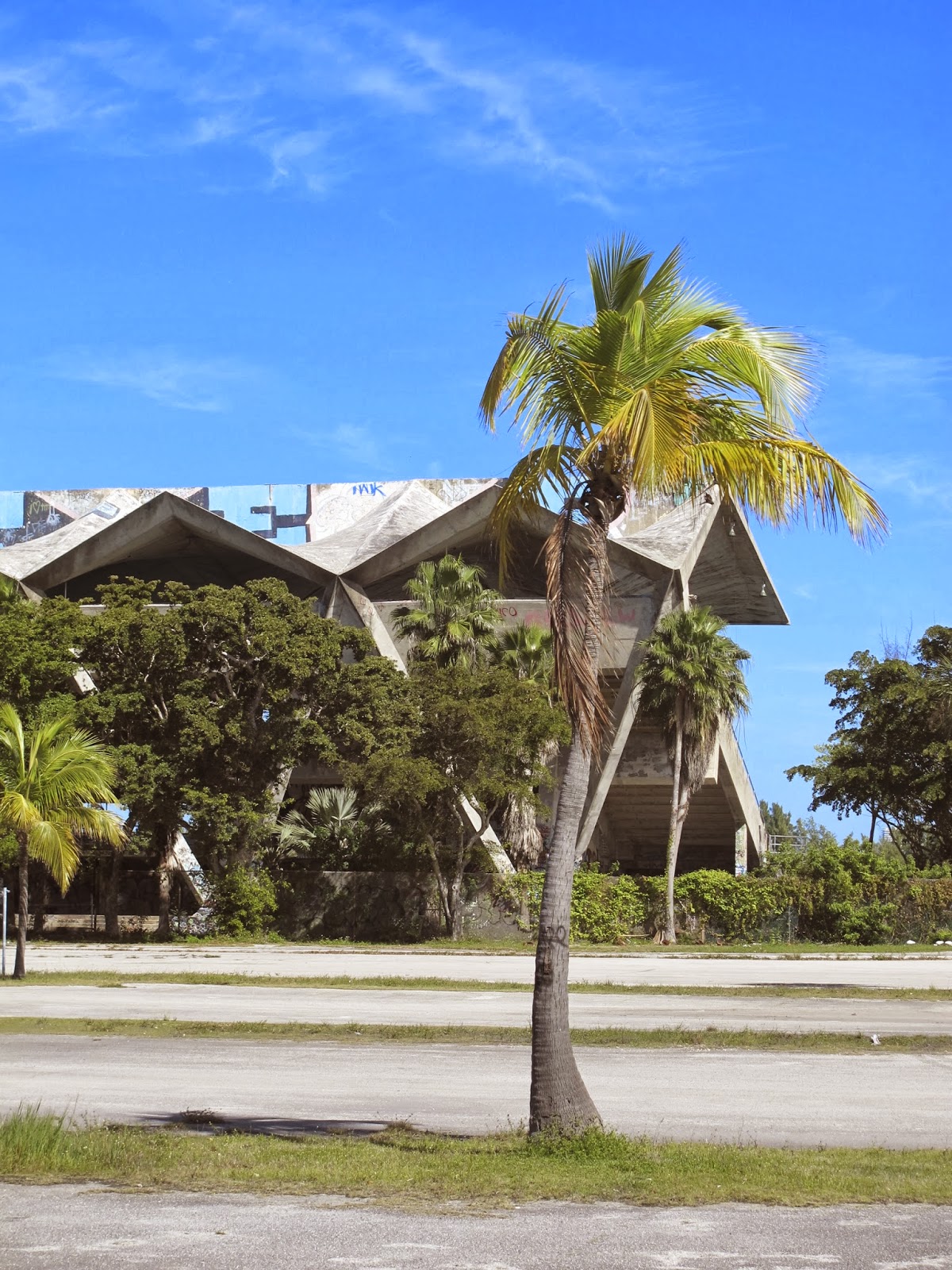